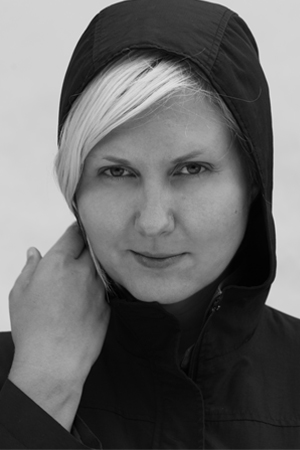 Graduated from the faculty of stage design of the Latvian Academy of Arts. Since 2000 she has collaborated with stage director Alvis Hermanis, designing his productions at the New Riga Theatre, the Zurich and Cologne Drama Theatres, Vienna's Burgtheater and Moscow's State Theatre of Nations. Has also worked with stage directors Ģirts Ēcis, Galina Polishchuk and Grzegorz Jarzyna. In St Petersburg Monika Pormale's production designs may be seen in Andriy Zholdak's production of Eugene Onegin at the Mikhailovsky Theatre. Together with him the designer also worked on a production of Solaris, which was staged last summer at the Wiener Festwochen. Designer of sets for productions of the operas Carmen staged by Andrejs Žagars at the Latvian National Opera (2007) and The Makropulos Affair staged by Kornél Mundruczó at the Vlaamse Opera in Antwerp (2016). Works in photography and installations. Has created and taken part in numerous exhibitions and art projects in Latvia and also throughout Europe. She has twice won the prize of the Latvian Union of Artists for "Best Art Project of the Year" (2000 and 2002).