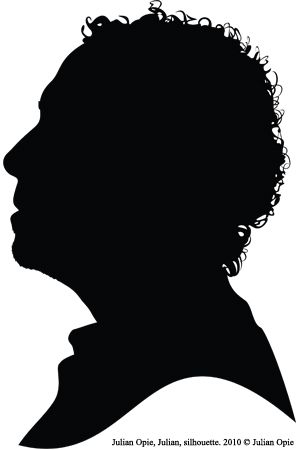 Set Designer
Julian Opie was born in 1958 in London and graduated in 1983 from Goldsmiths School of Art, where he was taught by Michael Craig-Martin. He lives and works in London. Opie has exhibited widely in the UK and internationally, with major museum exhibitions including shows at the Kunstverein in Cologne, the Hayward Gallery and ICA in London, the Lehnbachhaus in Munich, K21 in Düsseldorf, MAK in Vienna, CAC in Malaga and IVAM in Valencia, as well as the Delhi Triennial, the Venice Biennial and Documenta.

He is represented by thirteen galleries worldwide, including those of Lisson and Alan Cristea in London, Barbara Krakow in Boston, Bob van Orsouw in Zurich, Gerhardsen Gerner in Oslo, Krobath in Vienna, Kukje in Seoul, Mário Sequeira in Portugal, Patrick De Brock in Brussels, Sakshi in Mumbai and the SCAI Bathhouse in Tokyo.

He features in many public art collections, including the Tate, British Museum, Victoria & Albert, Arts Council, British Council and National Portrait Gallery in London, the Museum of Modern Art in New York, ICA in Boston (USA), the Essl Collection in Vienna, IVAM in Spain, the Israel Museum in Jerusalem and the Takamatsu City Museum of Art in Japan.