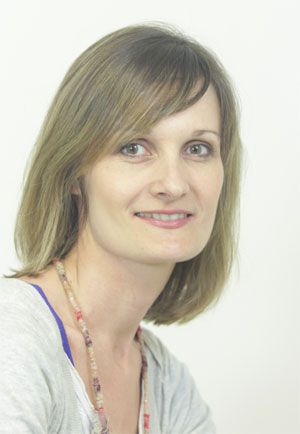 Myriam Rose was born in Dijon (France). In 2005 she graduated from the department of set design at ENSATT (the École Nationale Supérieure des Arts et Techniques du Théâtre) in Lyon and has since gone on to collaborate with set designers and stage directors in theatre and “temporary architecture” exhibitions, taking part in a huge variety of different projects.

While still a student, Myriam Rose discovered Jean-Pierre Laroche’s “théâtre de l’objet” and undertook her first design project in opera with Attila (2001) for Jeanne Moreau and Josée Dayan’s production at the Opéra Bastille. In 2003 for the Essen Festival (Germany) she designed Purcell’s opera King Arthur (conducted by Thomas Hengelbrock). For her degree work, Rose produced the set designs for the opera Penthesilea (2005), staged by German director Christian von Treskow.

In drama, she has been an assistant set designer for a production of the play Harold and Maude (2011, directed by Ladislas Chollat), while in cinema she has worked on the film Les Saveurs du palais (2011, directed by Christian Vincent). In 2012 at the Mariinsky Theatre in St Petersburg, Myriam Rose first collaborated with set designer Jean Rabasse and the Compagnia Finzi Pasca on a production of Giuseppe Verdi’s Requiem.

In France, the artist designs exhibitions, taking part in collaborations together with Philippe Kauffmann, François Payet, Mitia Claisse and Marianne Klapisch. In particular, she developed the design for the exhibition Moscou, splendeurs des Romanov held in Monaco in July 2009.