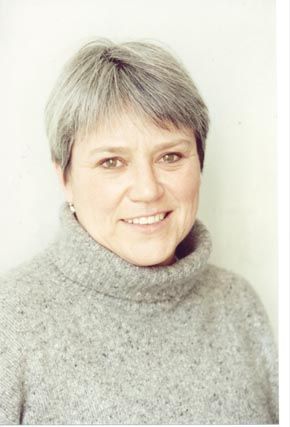 Tanya McCallin is a distinguished theatre and opera designer who works extensively in Europe, the USA and Australia.
She has been associated with many important London theatre productions including premieres of works by Arthur Miller, Pam Gems, Mike Leigh, Chekhov, Sheridan and Shakespeare. After training at Central St Martins School in London, she became resident designer with a number of British regional repertory companies. This led to a close association with Hampstead Theatre where her designs include Ancient Lights, Nancy Meckler´s production of Dusa, Fish, Stas and Vi, which was subsequently seen in the West End, Paris and New York, Abigail´s Party, also filmed for the BBC, and Dennis Potter´s Sufficient Carbohydrate, which later transferred to the Albery Theatre.
Since then her works have regularly been seen in the West End and include Bodies, Exchange, Michael Frayn´s translation of Uncle Vanya (directed by Michael Blakemore) and Arthur Miller´s Ride Down Mount Morgan. She has designed many productions for the National Theatre, among them The Elephant Man, Who´s Afraid of Virginia Woolf and After the Fall. She has also worked at the Royal Court (My Mother Said), Regent´s Park Theatre (Hamlet, Richard III), The Donmar Warehouse (Fool for Love) and Chichester Festival Theatre (The Recruiting Officer) with director James Kerr and Ancient Lights, directed by Ian Brown (Hampstead).
Jonathan Miller´s production of The Barber of Seville for the ENO was Tanya McCallin´s first major opera design, and is still in the repertoire; it has also been staged in Barcelona. Recently she has collaborated with David McVicar, for whom she designed Le nozze di Figaro (Royal Opera, 2006), Macbeth for the Mariinsky Theatre (also seen in London, 2001, Washington DC, 2002, and the Metropolitan Opera, 2003), Manon at the ENO (also Dallas, New Zealand and Houston Grand Opera), Les contes d´Hoffmann at the Salzburger Festspiele (and TV), the sets for Semele at the Théâtre des Champs Elysées, the costumes for Così fan tutte (Opéra National du Rhin Strasbourg, Rigoletto at the Royal Opera, Covent Garden (also BBCTV and DVD), and Der Rosenkavalier at Scottish Opera (the last two productions have been revived).