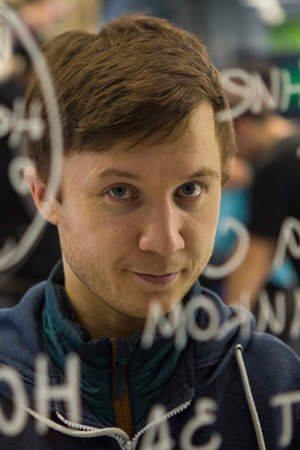 Marsel Kalmagambetov was born in 1987. From 2005–2010 he studied at the St Petersburg State Academy of Theatre Arts, faculty of stage deseign and theatre costume (workshop of Vyacheslav Okunev).

Participated in productions of the plays Der gute Mensch von Sezuan at the Lensoviet Theatre (2008), Rainbow Flower at St Petersburg's Music Hall (2011), The Little Witch and Rent at the Bryantsev Theatre of Young Spectators (2011), The Musicians of Bremen at the Yunost Theatre in Tallinn (2011), The Playground Is not Important at the Hermitage Theatre (2011), I Wish to Speak at Moscow's Gogol Centre (2013), and The Bench at the Moscow Gubernatorial Theatre (2015).

Member of the Union of Artists of Russia and the Russian Union of Theatre Agents.
Information for October 2019