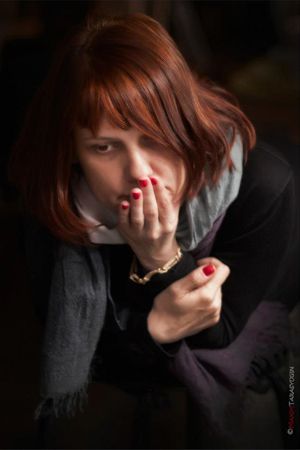 Graduated from the Leningrad Mukhina Higher School of Art and Industry. From 1989–2009 she was a designer for TV (Petersburg–Channel 5) and from 2007–2009 she was Principal Designer for the channel 100 TV. Credits include the TV dramas Lady Windermere’s Fan and For Services (directed by Yuri Malyatsky), the films My Older Sister and Where Happiness Lives. Has worked with the Bolshoi Puppet Theatre (The Chatterbox Princess directed by Alla Polukhina). In musical theatre she regularly works with stage director Viktor Vysotsky. Has worked as a production designer on the musical Jolly Fellows and the operas Richard Cœur-de-lion, La vestale, A Life for the Tsar, Il trovatore, Faust, The Golden Cockerel, Don Giovanni, Turandot and Eugene Onegin among others.