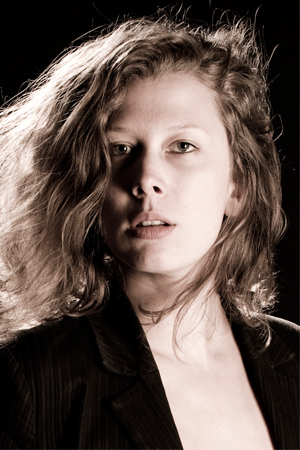 Camille Dugas studied the art of set design and stage architecture at the Paris École Supérieure des Arts et Techniques and the Université Sorbonne Nouvelle. Began her career at the Opéra Garnier, where she was responsible for creating sets. For four years she was an assistant to the acclaimed French set designer Chantal Thomas. She worked with her on productions of Le nozze di Figaro at the Festival d'Aix-en-Provence, Robert le diable at Covent Garden, Les Contes d'Hoffmann at the Gran Teatre del Liceu, I puritani at the Opéra de Paris and La traviata and Don Pasquale at the Santa Fe Opera. As an assistant set designer she has worked on productions by Laurent Pelly, Alvis Hermanis and Damiano Michieletto, as well as ballet productions by Benjamin Millepied and Justin Peck. Her own choreographic projects have only been brought to life in the last few seasons: Benjamin Millepied's ballet La nuit s'achève at the Opéra de Paris, and dramatic productions of L’adieu à la scène after the play by Jacques Forgeas at Paris' Théâtre le Ranelagh and Ernest Gouïn et Cie after the play by Lucien Maillard on Square Ernest-Gouïn in Paris. Together with Arnaud Bernard she prepeared Tosca at the Prague National Theatre, the premiere taking place in January 2017.
Information for March 2017