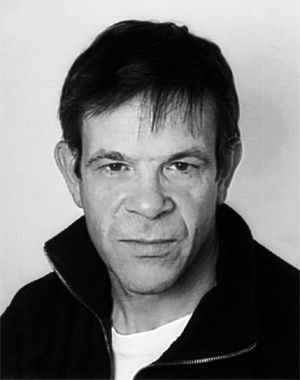 Pierre-Alain Bertola began his career as an architect. In 1988 he started working with graphics and illustrations. He subsequently published two albums of comic strips with the Paris-based publishers Futuropolis/Gallimard before illustrating a series of books for the Journal de Genève for the Geneva-based Joie de lire and the Paris-based Autrement. His drawings have been exhibited in galleries and museums both in Switzerland and throughout the world; his participation in the exhibition XX Comix at the Swiss Cultural Centre in Paris in 1997 is worthy of particular mention.

Being highly skilled in various spheres of the applied arts has helped Pierre-Alain Bertola to design many museum exhibitions. The most recent, Help, was organised by the International Museum of the Red Cross and came to a close in January 2005. Together with the Atelier Bontron et Co he created the scenery for the Rolex Award for Enterprise prize-giving ceremony in 1999 and 2002 in New York and for the Rolex Mentor and Protege Arts Initiative prize-giving ceremony in 2003 and 2005, also in New York.

Be it books, exhibitions or set designs, Bertola always imbues his work with a poetic feel. His sets for Alain Maratrat´s production of Il viaggio a Reims at the Mariinsky Theatre are his first work in the opera genre.