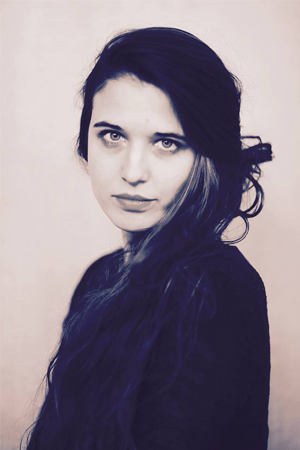 Graduated from the theatre faculty of the Academy of Musical Arts in Prague and continues to study for a post-graduate, reading lectures at the faculty of alternative and puppet theatre.

Works as a set designer, costume designer, dramatist, multimedia artist and puppet-master with TV and film directors in the Czech Republic, France, Slovenia and the USA. Also works on installations and the creation of interactive exhibitions and is a member of the creative group Orbis pictus aneb... . In 2013 she was nominated for the main national film prize, the Czech Lion, for the costumes for the historic film by Petr Nikolaev Cyril a Metoděj – Apoštolové Slovanů.

Frequently collaborates with stage director Arnaud Bernard. She has created costumes for Tosca at the Prague National Theatre and Simon Boccanegra at the Opéra de Lausanne. At the Mariinsky Theatre, Marianna worked on costume design for I vespri siciliani (2017) and La fanciulla del West (2019).
Information for May 2019