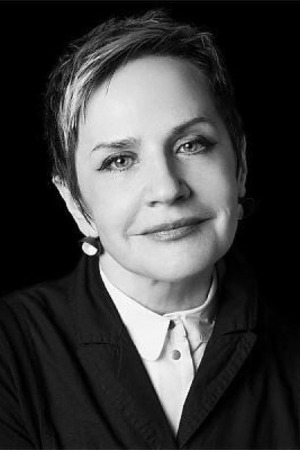 Viktoria Sevryukova was born in Kiev. In 1983 she graduated from Moscow Art Theatre School. From 1983 to 1985 she worked as a production designer at the State Children’s Musical Theatre in Kiev. In 1985–1987 she undertook a traineeship at the Mossovet Theatre. From 1987 to 1990 she was a costume designer and from 1990 to 2005 was Principal Costume Designer at the Moscow Art Academic Theatre named after M. Gorky (working on productions of The Cherry Orchard, Macbeth, An Old Actress in the Role of Dostoevsky’s Wife and Vassa Zheleznova among others). Viktoria Sevryukova has worked on over four hundred productions.

As a costume designer she works on productions at the Bolshoi Theatre of Russia (Le nozze di Figaro, Candide and The Tale of Tsar Saltan), the Stanislavsky and Nemirovich-Danchenko Moscow Music Theatre (L’italiana in Algeri), the Moscow Pushkin Drama Theatre (The Great Gatsby, Warsaw Melody, Lend Me a Tenor!, Barefoot in the Park, Much Ado About Nothing, Love. Letters, Talents and Dead Men, Bullets over Broadway, Chamber Theatre. One Hundred Years, The Mousetrap, An O. Henry Christmas, Oranges & Lemons, Shakespeare in Love and Madame Rubinstein), the Moscow Theatre “School of Modern Drama” (Why Are You in a Tailcoat?, Hello, Don Quixote!, Anton Chekhov. The Seagull, Boris Akunin. The Seagull, The Seagull. A Real Little Operetta and Pas de Deux), Moscow’s theatre “School of Dramatic Art” (Three Sisters after motifs of King Lear, Love’s Labour Lost and sonnets by Shakespeare), the Moscow Academic Mayakovsky Theatre (August: Osage County, Moscow Chorus), the Vakhtangov Theatre (Lonely Games, Médée and Cri de la langouste), the Theatre on Malaya Bronnaya (Les Fourberies de Scapin and Arcadia), the Pyotr Fomenko Workshop Theatre (After the Curtain), the Moscow Sovremennik Theatre (Ibsen’s Gengangere (Ghosts), The Real Story of the Lady of the Camellias and Autumn Sonata), the Moscow Academic Satire Theatre (Fatal Attraction and The Gorgons), the Mossovet Theatre (Madame Bovary, In the Space of Tennessee W., The Doll, Mutter Courage und ihre Kinder, Mrs Dulska’s Morale, Cyrano de Bergerac, Twelfth Night, or What You Will, The Silver Age, The Kingdom of the Father and the Son, Krechinsky’s Wedding, Les Liaisons dangereuses, Woe from Wit, Vassa and The Idiot among others), the Lenkom theatre (City of Millionaires, The Lioness of Aquitaine and The Good Lie), the Modern Moscow Drama Theatre (Uncle’s Dream) and St Petersburg’s Karambol Children Musical Theatre (Joseph and the Amazing Technicolour Dreamcoat) amongst numerous other venues.

Has frequently worked internationally, including in Yugoslavia, Germany, Belgium and France.

As a costume designer she worked on Gennadi Poloka’s films Was There a Karotin at All? (1989) and The Return of the Battleship (1996).

Has designed the costumes for numerous special events, including for the divertissement performance Moscow at All Times (1997, Luzhniki Stadium), which celebrated the eight hundred and fiftieth anniversary of the founding of Moscow, as well as the opening ceremony of the 1st World Youth Games (Moscow, 1998) and the opening and closing ceremonies of the 3rd Theatre Olympics (Moscow, 2001).

As a costume designer she has collaborated with Stage Entertainment Russia (the ice shows Snow Queen and The Sleeping Beauty and the musical The Sound of Music).

In 2010 she received Russia’s Golden Mask National Theatre Award for the production Shukshin’s Stories by Alvis Hermanis at the Theatre of Nations, while in 2017 she received the Crystal Turandot award for Gleb Panfilov’s production of The Audience (based on Peter Morgan’s play), which was also staged there.
Information for November 2021