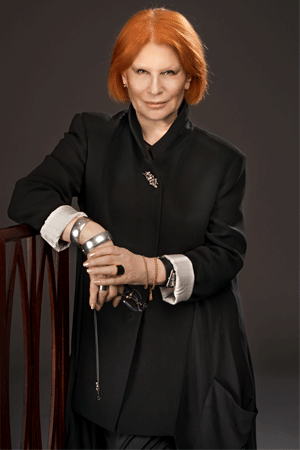 Fashion designer, Director General of the Tanya Kotegova fashion house established in 1991. Member of the Designer Association of Russia. Corresponding Member of the International Academy of Social Sciences. At the Mariinsky Theatre, she designed costumes for Alexei Ratmansky’s ballet Middle Duet in 1998. That same year she was named Master in the best collection category at the Master Class International Festival. In 2000, Tatiana Kotegova was awarded the Golden Thread prize, named Person of the Year, and received a cultural award People of Our City in the category Designer of the Year. In 2016, she received an honorary badge For Contribution into the Development of Design. At the start of  2018, Tatiana Kotegova became a prize-winner at the 2018 Woman of  the Year competition in the category Fashion and Beauty Industry.