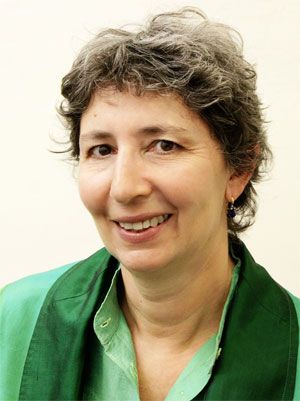 Born in Milan in 1955. She began her career as a costume designer at the Laboratorio Teatrale of Prato under Luca Ronconi. Buzzi then relocated to Rome and worked at Umberto Tirelli’s Sartoria Teatrale; she later became Pier Luigi Pizzi’s principal assistant. Early in her collaboration with Luca Ronconi, in 1986 she designed the costumes for productions of La serva amorosa and The Tale of Tsar Saltan at La Scala. She has also designed costumes for productions of the operas Ricciardo e Zoraide for the Rossini Opera Festival and other productions for La Scala including Elektra, Il viaggio a Reims and, most recently, Simon Boccanegra, starring Plácido Domingo under Daniel Barenboim. For the Rossini Opera Festival, she has designed the costumes for Il barbiere di Siviglia and Moïse et Pharaon. She works with Federico Tiezzi on a regular basis. For the Teatro San Carlo, she designed the costumes for Il mondo della luna, Die Walküre, Parsifal and Die Lustige Witwe (production of this season). She created more than two thousand costumes for the closing ceremony of the 2006 Turin Winter Olympics and with the company K-Events she participated in the launch of the Fiat 500 and in the opening ceremony of the 2009 Mediterranean Games.