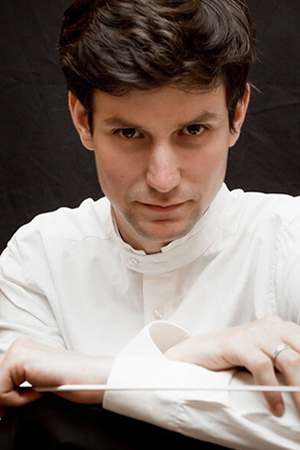 He was conductor of the opera The Queen of Spades by Tchaikovsky in an immersive production by Moscow’s Troyka Multispace club (2015, production revived in 2017). Participated in the world premiere of the opera Crime and Punishment by Karina Arsamikova at the Diaghilev Festival in Perm and a production of the opera L’elisir d’amore by Donizetti (Conlucia theatre) at the Compass Centre theatre loft in Moscow (2018).

Has recorded a disc with the Chamber Orchestra of the Leonid Lundstrem Artistic Workshop to mark one century since the birth of Oleg Lundstrem (2016).
Information for November 2021