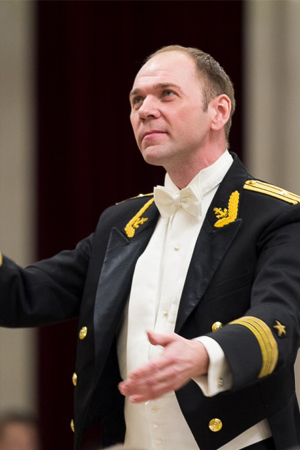 Captain, 3rd rank (2014). From 2006 to 2008 he was a military conductor of the St Petersburg Military High School for Radio Electronics. From 2008 to 2011 he was Artistic Director and a conductor of the Admiralty Orchestra of the Leningrad Naval Base, becoming a military conductor in 2011 and Director in 2014. Participates in international music festivals, appearing in towns and cities throughout Russia and abroad.