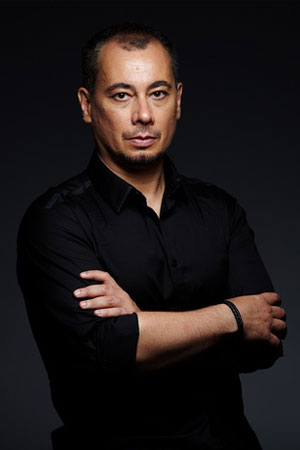 Vladimir Lande was born in 1962 in Leningrad. In 1986 he graduated from the Rimsky-Korsakov Leningrad State Conservatory as an oboist and pianist. From 1984 to 1989 he worked as Principal Oboe of the Leningrad Philharmonic Orchestra. In 1985 he began to take conducting lessons from Ilya Musin and four years later moved to the USA. From 2008 to 2017 he was Principal Guest Conductor of the St Petersburg State Academic Symphony Orchestra. In 2011 he went on a grand tour around the USA, Brazil, Argentina, Mexico, Ecuador, Costa Rica, Peru, Chile and Uruguay. In 2014 he toured with the ensemble to South Korea, and one year later – to the USA. Also appeared in Australia, New Zealand and Europe.

Recipient of the French music award Clef d’Or ResMusica (2013) for the best performance of Weinberg’s symphonic heritage. In 2017 a disc featuring Weinberg’s Seventeenth Symphony (Memory) and Suite for Orchestra, recorded by the Siberian State Symphony Orchestra under Vladimir Lande for the Naxos label in 2016, was included in the Quarterly Critic’s Choice list of the Preis der deutschen Schallplattenkritik.
Information for November 2021