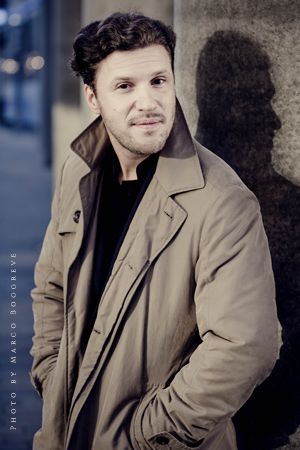 Stanislav Kochanovsky was born in Leningrad in 1981. Studied at the Rimsky-Korsakov St Petersburg State Conservatory, from which he graduated with distinction having specialised in “organ”, “choral conducting” and “opera and symphony conducting”. From 2007 to 2010 he was a conductor at the Mikhailovsky Theatre. From 2010 to 2015 he headed the Safonov Academic Symphony Orchestra of the North-Caucasian State Philharmonic named after V.I. Safonov.

For three years he directed the Academy of the Verbier Music Festival and participated in concert performances of the operas Eugene Onegin (2017), Rigoletto (2018) and Die Zauberflöte (2019), also presenting programmes of symphony music with Lucas Debargue and Mikhail Pletnev. Appears at the Klarafestival in Brussels, the Usedom Music Festival in Peenemünde (Germany) and the MITO SettembreMusica festival in Milan and Turin. Recent engagements in opera include The Queen of Spades and Eugene Onegin in Zurich, Iolanta in Florence, Prince Igor in Amsterdam and Boris Godunov in Seoul.

In 2013 he made his debut at the Stars of the White Nights festival together with the Mariinsky Orchestra. At the theatre he currently conducts symphony concerts in addition to the operas Boris Godunov, Khovanshchina, Prince Igor, Eugene Onegin, Iolanta, Tosca, Carmen, Madama Butterfly and Samson et Dalila.

Engagements for the 2021–22 season include appearances with the NDR Elbphilharmonie Orchester and the Luzerner Sinfonieorchester as well as concerts in Moscow, St Petersburg, Paris, Rome, Amsterdam, Brussels, Verbier, Milan and Luzern among other towns and cities.
Information for October 2021