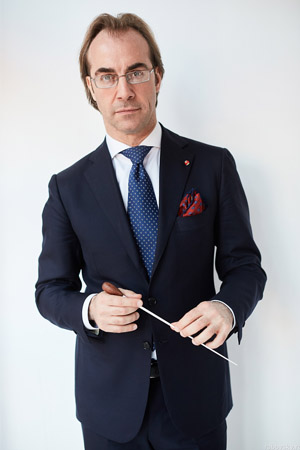 Fabio Mastrangelo was born in Bari (Italy). He began his piano studies under his father’s guidance at the age of five. Mastrangelo later graduated from the Conservatorio di Musica Niccolò Piccinni di Bari, the Conservatoire de musique de Genève under Maria Tipo and the Royal Academy of Music in London. He has attended masterclasses of Aldo Ciccolini, Seymour Lipkin and Paul Badura-Skoda. Mastrangelo won 1st prize at the international piano competitions of Osimo (1980) and Rome (1986). Twice finalist in the Mario Gusella International Conducting Competition (Pescara, Italy, 1993 and 1995).

In 2007 Mastrangelo started his collaboration with the Mariinsky Theatre, and he was its Guest Conductor for several years. In June 2008 the musician made his debut at the Stars of the White Nights festival. At the Mariinsky Theatre he conducted the productions of Aida, Rigoletto, La traviata, La forza del destino, Simon Boccanegra and I vespri siciliani.

On the Naxos label he has recorded Elisabetta Brusa’s works with the National Symphony Orchestra of Ukraine (2 CDs, 2002).