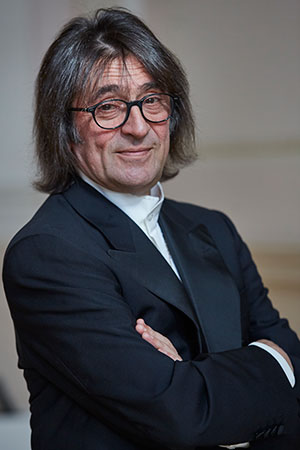 In 1986 Yuri Bashmet formed the chamber orchestra Moscow Soloists. Later, several musicians of the ensemble decided to remain in France, while Yuri Bashmet abandoned leadership of the orchestra, which soon after ceased to exist. In 1992 Yuri Bashmet founded a new ensemble using the old name, its members the most talented young musicians of Russia, graduates and post-graduate students of the Moscow Conservatoire. In 2008, the Moscow Soloists, together with Bashmet, won a Grammy Award and became the first Russian chamber ensemble ever to receive that coveted prize in its entire 50-year history. In 1996 Yuri Bashmet established the "Experimental Viola Faculty" at the Moscow Conservatoire.

The geography of the musician´s appearances is vast: it includes the finest concert halls of Europe, the USA, Canada, South America, Australia, New Zealand and Japan. For the first time in world performing practice, Yuri Bashmet gave solo viola concerts in such venues as Carnegie Hall (New York), the Concertgebouw (Amsterdam), the Barbican Hall, (London), Berlin´s Philharmonie, La Scala (Milan), the Great Hall of the Moscow Conservatoire and the Great Hall of the St Petersburg Philharmonic.

For his performing activities Yuri Bashmet was awarded the USSR State Prize (1986) and named People’s Artist of the USSR (1991). Later he also received four State Prizes of Russia (1993, 1995, 2000, 2013) as well as other high awards and prizes of Russia and Europe including the Léonie Sonning Music Prize (1995).
Information for March 2022