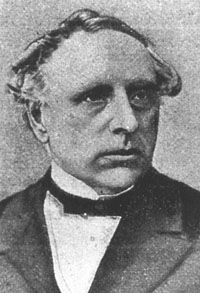 Andreas Leonard Roller (known in Russia as Andrei Adamovich) was born in Regensburg in Germany into a theatrical family: his father was a famous scene-shifter, his uncle an accompanist and his brothers theatre designers. He trained at the Academy of Fine Arts and the Polytechnic Institute in Vienna. From 1822 he worked as a scene-shifter in theatres in Vienna, Munich, Dresden and Berlin. It was in Berlin that his artistic signature fully emerged. He was profoundly influenced by the great German architect and designer Karl Friedrich Schinkel (1781-1841), a fact evident even in Roller´s late works. In 1834, already a famous artist of the romantic academic school, an experienced set designer and a genius in creating stage effects, he was invited to Russia. Thanks to Roller, Russian theatre joined European theatre in terms of set design: ever since, the sets of the Imperial Theatres in St Petersburg and Moscow greatly resembled those of European theatres. Over thirty-eight years working in Russia, Roller built stage machinery and sets for sixty-three ballets and seventy-eight operas, and was the first in Russia to use moving sets and the so-called "ruin effect", where the sets collapse before the eyes of the audience. Roller was the first artist to design Russian operas by Vertovsky and Glinka.

In 1862 he designed the premiere of Verdi´s opera La forza del destino. The sets were designed in the traditional stage proscenium form with props in the centre of the stage, in accordance with the laws of grand style. There were up to eight slips on the stage along with incredible detail – the furniture, the props, the decorative backdrops, the immense, three-dimensional hanging and mobile constructions, which created a romantic atmosphere, intensified by the gloomy Gothic interiors, the moonlit, rocky landscapes and vivid scenes of the military camp. Roller created the effects of terrifying thunder, the illusion of rain and a storm in accordance with the spirit of Verdi´s last "melodrama in pure form". The production design was loved from the first by the public and Verdi himself was delighted with it, even proposing staging the production at Covent Garden. Having had a brilliant career in Russia and lived most of his life here, Roller adopted Russian nationality in 1873. He established a class of perspective painting at the St Petersburg Imperial Academy of Arts and was its leading professor.
He died in St Petersburg in 1901.
Elena Fedosova