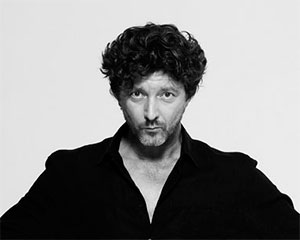 Born in Verona. He received his first training in Verona and continued his dance studies at Rosella Hightower’s Centre de Danse International in Cannes.

In 1982-1985, he was a dancer with Basel Ballet directed by Heinz Spoerli and performed the works by George Balanchine, Hans van Manen, Robert North, Ulysses Dove as well as Spoerli himself. In 1985, he joined the Stuttgart Ballet, directed by Marcia Haydée. There he danced the choreography by John Cranko, Maurice Béjárt, Jiri Kylián, Mats Ek, John Neumeier, William Forsythe, Glen Tetley and Kenneth MacMillan. In 1989 Zanella presented his first production as a choreographer and in 1993 was named Resident Choreographer of the company. In 1995-2005 Renato Zanella was Ballet Director and  Principal Choreographer of  the Wiener Staatsoper, there he presented close to forty own choreographies including Aschenbrödel (Cinderella)to the music by Johann Strauß, Wolfgang Amadée to the music by Mozart and Salieri, Ravel’s Bolero, Le Sacre du printemps by Stravinsky, The Nutcracker by Tchaikovsky and Khachaturian’s Spartacus.

In 2011-2015 Renato Zanella was Director of the Greek National Opera Ballet, in 2013-2015 he hold the same position at the Fondazione Arena di Verona and in 2016-2017 he was Artistic Ballet Director at the Bucharest National Opera.

As a choreographer of opera performances he collaborated with such directors as David Pountney, Franco Zeffirelli, Günter Krämer, Hans Neuenfels, Götz Friedrich, Jürgen Flimm, Nicola Joel, Nicola Raab, Pierluigi Pizzi, working at the Royal Opera House (London), the Teatro San Carlos in Lisbon, the Mariinsky Theatre in St Petersburg as well as the Hamburg Staatsoper and the Zurich Opera House.
Information for December 2018