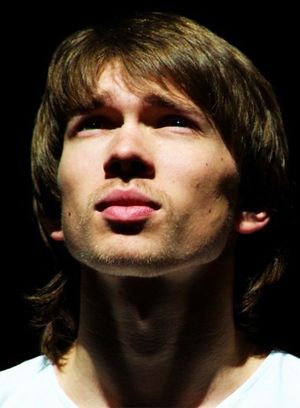 Born in Kiev (Ukraine).
Graduated from the Kiev National University of Culture and Arts in 2008 as a ballet dancer, ballet-master and choreographer.

From 2006-2015 he was a soloist with the Kiev Modern Ballet company of Radu Poklitaru and appeared in performances of Carmen.TV (Zuniga), Ward 6 (Doctor), The Nutcracker (Herr Stahlbaum, the Mouse King), Underground (Blind Violinist), Swan Lake. The Modern Version (von Rothbart), Romeo and Juliet (Shakespeare-iments) (Mercutio), The Rain (Georgia), Two on the Swings (He), Crossroads (Duet), Women in D Minor (He), The Long Christmas Dinner (the Son).

In 2013 he made his debut as a choreographer in the productions Roads of Shevchenko and Good Girl of the Kiev Municipal Academic Theatre of Opera and Ballet for Children and Young People. In 2015 at the same theatre he staged his first full-length production – the ballet The Doll. The New Story of Coppélia to music by Léo Delibes.
He has been the choreographer of the STB television channel’s sixth season of the project So You Think You Can Dance (2013).