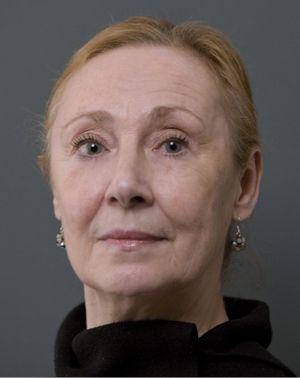 Born in Haarlem, The Netherlands. Started ballet at the age of eight at the Kennemer Ballet Studio in Haarlem. Mea Venema began her professional dance career at the age of seventeen with Nederlands Dans Theater. At that time, the company was directed by Benjamin Harkarvy and Hans van Manen with whom she worked in many of their ballets including Harkarvy’s Recital and Grand Pas Espagnol and Hans van Manen’s Metaforen, Grosse Fuge, Septet Extra and (later with Het Nationale Ballet) Dumbarton Oaks, 5 Tangos, Four Schumann Pieces and Grand Trio.

In 1971-72 Mea Venema danced with the Ballet du Grand Théâtre de Genève (Switzerland), directed by Alfonso Catá. Here she danced in many ballets by George Balanchine as working with the choreographer in person. Also during this period, Mea Venema worked with Anthony Tudor (Lilac Garden) and Todd Bolender (Still Point).

With all three companies she frequently toured internationally.
In 1982 after working with Hans van Manen for over twenty years (and having danced twenty-three of his ballets, most of which were staged with her in mind), Mea Venema started teaching his ballets and in 1984 became his assistant. She teaches his works all over the world and is a board member of the Hans van Manen Foundation.

In 2005, Mea Venema was honoured with the Achievement Award from the Dutch Foundation: Stichting Dansersfonds ’79.