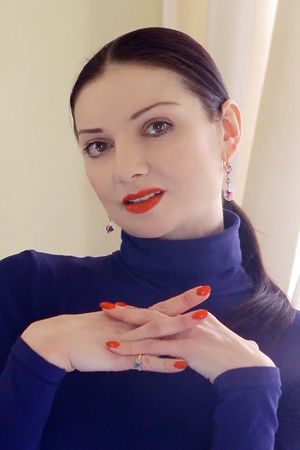 Yulia Makhalina is almost like a woman’s love story. She is the embodiment of what women dream of for themselves and what they can empathise with: a victress and a femme fatale who knows how to suffer; a victim of intrigues and circumstances; despairing, vulnerable and yet powerful and stylish. She is not always correct, but she is always sincere and honest with her audience. She has repaid all of the ‘advance fees’ given her by destiny with interest. Makhalina’s greatest achievement was becoming the face of the ballet generation ‘after’ Mezentseva and ‘before’ Lopatkina. And not every ballerina, not even an outstanding one, has the right to her own time in the history of theatre.

Yulia Makhalina’s creative individuality is defined by her abundant temperament and attraction towards extremes. The tremendous inner message inherent in her nature thirsts to be free and flow liberally and mightily. The naturally huge pas, the flying leaps and the super-dynamic spins facilitate this.

Born in Leningrad (St Petersburg).
Graduated from the Vaganova Academy of Russian Ballet (class of Marina Vasilieva).
Joined the Mariinsky Ballet in 1985.

As a guest soloist she has danced with the Danish Royal Ballet and the Deutsche Oper in Berlin. She has appeared in La Bayadère at the Teatro Colón in Buenos Aires (Argentina), Swan Lake in Boston (USA), Paquita at the Opéra de Paris and Swan Lake, La Bayadère and The Firebird at the Bolshoi Theatre in Moscow.

In 2022, she was invited to take part in Valery Suanov's ballet Perfume: The Story of a Love at the branch of the Mariinsky Theatrе in the Republic of North Ossetia-Alania.