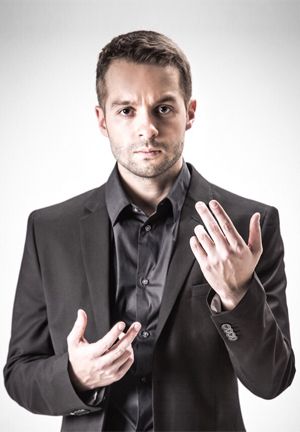 He has worked as a choreographer since 2013, annually at the Mariinsky Theatre’s Creative Workshop of Young Choreogra¬phers presenting new works including:
Chess Move E2. Hardly (2013) to music by Antonín Dvořák using excerpts from a recording of Jupiter’s magnetic field (NASA Space Sounds);
Adulte (2014) to music by Wolfgang Amadeus Mozart and Tosya Chaikina;
Connections (2015) to music by Johann Sebastian Bach;
SeasonS (2016) to music by Max Richter;
A Flashback (2018) to the music by Arvo Pärt;
I’m not sacred (2019) to the music by Ezio Bosso;
Touch the Light (2020) to the music by Philip Glass.

The Mariinsky Theatre repertoire includes the Four Seasons (2017) to music by Max Richter (this production was awarded by The Golden Sofit prize and for this work Ilya Zhivoi was also nominated for The Golden Mask Prize), Pulcinella (2018) and Jeu de cartes (2019) by Igor Stravinsky and Sous la coupole (2020) to music by Gustav Mahler. As a choreographer, he took part in the production of the opera The Snow Maiden (2020, directed by Anna Matison), as choreographer and director of the new stage version he worked on the production of the opera Christmas Eve (2021).

As a choreographer has taken part in the Dance-Platform workshops of the Yekaterinburg Opera and Ballet Theatre (2014, 2015, 2016), Sergei Danilyan’s project The Dreamers (2017), the festival Stage Platform in Kazan (2019). He was a choreographer of the ceremonial part of the St Petersburg graduates celebration Alye Parusa (Scarlet Sails, 2018). His works were performed at the Origen Festival Cultural in Switzerland, the festival MPHIL 360° in Munich, Grаnаdа Internаtionаl Festivаl of music аnd dаnce, Festivаl Cаstell de Peralada in Spain, Dubrovnik Summer Festival in Croatia, at the Russian Ballet Icons Gala on the stage of the London Coliseum, at Valentina Kozlova International Ballet Competition, TV's project Grand Ballet.