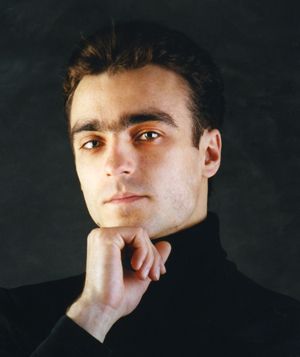 In his crowning glory of the pas de deux from Le Corsaire St Petersburg dancer Andrei Batalov made the auditorium roar as loudly as a sports arena, and his jeté splits, the whirlwind of various spins and pirouettes and other ‘high-class aerobatics’ left the audience totally stunned.

He possesses a virtuoso technique and has fantastic leaps and turns.

Born in Izhevsk (Udmurtia).
Graduated from the Vaganova Academy of Russian Ballet (class of Professor Valentin Onoshko).
From 1992-1994 he was a soloist with the St Petersburg State Academic Musorgsky Theatre of Opera and Ballet.
Joined the Mariinsky Ballet in 1994.