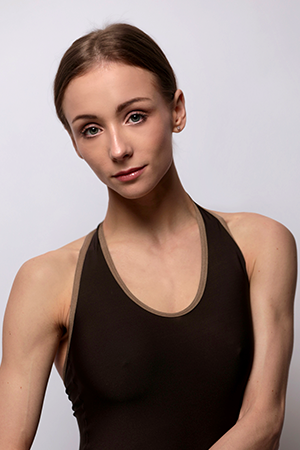 In 2015 she graduated from the Vaganova Academy of Russian Ballet (class of Professor Lyudmila Kovaleva). Joined the Mariinsky Ballet the same year.