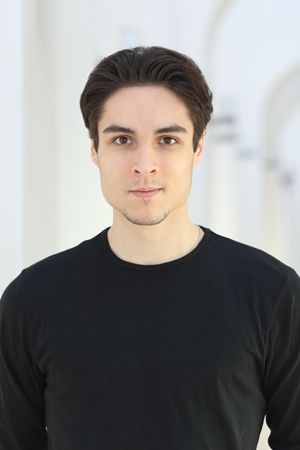 The dancer has a light, soaring leap, elastic and soft turns, well-defined phrasing of complex passages and expressive gestures. His bold dance is typically artistic and with subtle nuances. And in addition to everything else, he’s also very handsome.

Mariinsky Theatre soloist Timur Askerov who performed the role (of Oberon) deserved the nomination: with his long and well-defined legs he never skimped on the magnificent leaps, clean spins and dazzling battus.

• Honored artist of Azerbaijan
• Recipient of the Spirit of Dance prize in the category “Rising Star” (Ballet magazine, 2012)
• Prize-winner at the XII International Ballet Dancers’ and Choreographers’ Competition in Moscow (1st prize, 2013)
• Recipient of the Azerbaijan Presidential Youth Prize for Culture (2013, diploma and gold medal)
• Awarded with an honorary diploma of the Plenipotentiary Representative of the President of Russia in the North-Western Federal District for high achievements in the field of culture (2018)

In April 2015 at the Bolshoi Theatre he performed the role of Ferkhad in the ballet The Legend of Love with choreography by Yuri Grigorovich.