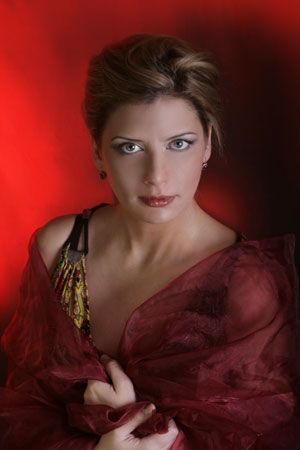 Yelizaveta Zakharova was born in St Petersburg. In 2003 she graduated from the vocals faculty of the St Petersburg State Rimsky-Korsakov Conservatoire, where she also completed a post-graduate study in 2008.
Since 2002 she has been a soloist with the Mariinsky Academy of Young Singers.
At the Mariinsky Theatre, she made her debut as Tkachikha in the opera the Tale of Tsar Saltan. She was the first performer of the role of the Aunt in Anastasia Bespalova’s opera Shponka and His Aunt.