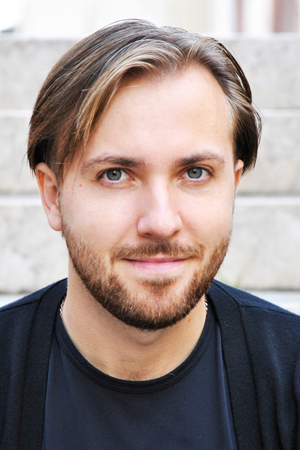 Nikolai Statsyuk graduated from the Moscow Humanitarian Pedagogical University in 2011. From the same year he studied at the Conservatorio di Musica Benedetto Marcello in Venice.

In May 2016 he performed the tenor solo in Rossini’s Petite Messe solennelle at the Teatro Olimpico in Vicenza. Has appeared at the Teatro La Fenice in productions of the operas Le cinesi by Gluck and Il ritorno dei chironomidi by Giovanni Mancuso.

In 2016 he was admitted to the Mariinsky Academy of Young Opera Singers.

At the theatre he has appeared in the operas La scala di seta (Dorvil), La rondine (a Young Man) and Anna Bolena (Hervey). Also appears in evenings of chamber vocal music of the Academy and in productions for children.