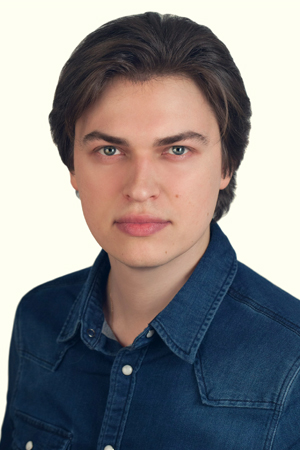 Kozlovski was born in Belarus. In 2011, he graduated from GITIS (Music Theatre Actor, the course of Dmitry Bertman). In 2010, Kozlovski was accepted into the Mariinsky Academy of Young Opera Singers. He appears in such operas as Il Barbiere di Siviglia (Fiorello) and The Story of Kai and Gerda (the Lamplighter). He also takes part in chamber concerts and productions for children at the Prokofiev Hall. In 2017, Kozlovski performed the role of Eugene Onegin in the eponymous opera by Tchaikovsky in the Spanish city of Valladolid.