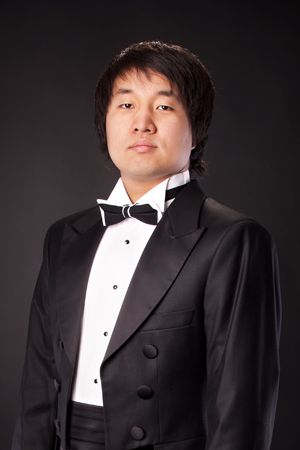 Has worked at the Sats Children’s Music Theatre and the Buryat State Opera and Ballet Theatre (Ulan-Ude). Has performed the roles of Radames in Verdi’s Aida, Erik in Wagner’s Der Fliegende Holländer and the Young Gypsy in Rachmaninoff’s Aleko among others.

In 2014, he was accepted into the Mariinsky Academy of Young Opera Singers.
Together with soloists of the Academy he appeared in the first performance of Leonid Klinichev’s opera Bela (2014) and The Cossacks (2016), appeared in a series of concert performances of Soviet operas including Quiet Flows the Don by Ivan Dzerzhinsky, Colas Breugnon by Dmitry Kabalevsky and Not Love Alone by Rodion Shchedrin. Appears in subscription series concert programmes of the Academy.