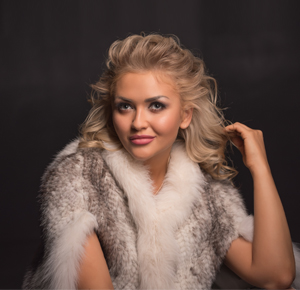 Alyona Gourieva was born in Novokuznetsk (Kemerovo Oblast).
Since 2005, she has been a soloist for the Mariinsky Academy of Young Opera Singers.