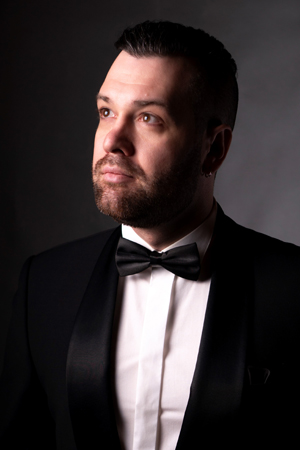 Dmitry Garbovsky was born in Kharkiv (Ukraine). In 2013 he graduated from Kharkiv National Kotlyarevsky University of Arts, class of Natalia Grebenyuk. In the same year he was accepted into the Mariinsky Academy of Young Opera Singers.

Garbovsky takes part in chamber concerts of the Mariinsky Academy of Young Opera Singers. He performs in productions for children at the Prokofiev Hall, including The Boy Giant, The Treasures of the Magic Well and Town Musicians of Bremen.

Dmitry Garbovsky participated in a performance of the ballad Lenore by the German Court composer Johann Rudolf Zumsteeg, the score having been discovered in a private collection in St Petersburg in 2012.
At the Moscow Easter Festival he appeared in the role of Onegin in concert performances of Tchaikovsky's opera Eugene Onegin in Surgut and in Khanty-Mansiysk (2014).