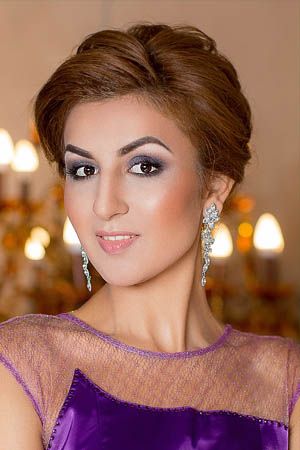 At the National Tchaikovsky Music Academy of Ukraine she performed the roles of Saburova (The Tsar’s Bride, Gianetta (L’elisir d’amore) and the title role in Iolanta (degree work). Since 2013 she has been a soloist with the Mariinsky Academy of Young Opera Singers.

Has given recitals in Russia, Macedonia, Turkey, Romania and Germany.

Also appears in the children’s opera The Little Prince by Leonid Klinichev at the Prokofiev Hall.

Repertoire also includes: Oxana (The Cossack beyond the Danube), Tatiana (Eugene Onegin), Mimì (La Bohème), Natalia (The Oprichnik), Micaëla (Carmen), the Tsarevna (Kashchei the Deathless), Katherina, Bianca (The Taming of the Shrew) and Elisabeth (Tannhäuser) among others.