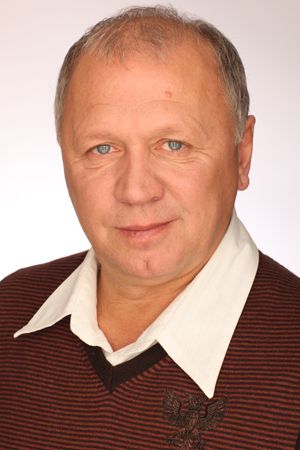 • Recipient of the medal of the order For Services to the Fatherland, 2nd class

Graduated from the Leningrad Vaganova School of Dance in 1971. From 1971-1995 he was a dancer with the Leningrad Kirov Theatre of Opera and Ballet, appearing in the ballets Swan Lake (Friends of the Prince, Spanish Dance, Mazurka), Giselle (Classical Duet), Raymonda (Troubadour) and Romeo and Juliet (Paris, Troubadour) among others.

He has staged the ballets The Nutcracker (choreography by Vasily Vainonen) at the New National Opera in Tokyo, Le Corsaire (choreography by Pyotr Gusev after the composition and choreography by Marius Petipa) at the Teatro Colón in Buenos Aires, Michel Fokine’s ballets Pétrouchka, Schéhérazade and The Firebird at the Opera di Roma and The Sleeping Beauty at the Bulgarian National Opera and Ballet Theatre in Sofia.

Since 2000 he has been a teacher and coach with the Mariinsky Ballet, becoming a ballet master and coach in 2009, working with the corps de ballet. At the Mariinsky Theatre he has acted as assistant to choreographers including Pierre Lacotte, Millicent Hodson, Alexei Ratmansky, Donvena Pandoursky and Sergei Vikharev. Was involved in revivals of the ballets The Young Lady and the Hooligan, The Bedbug, Leningrad Symphony (2006) and Shurale (2009) as well as Spartacus (2010).