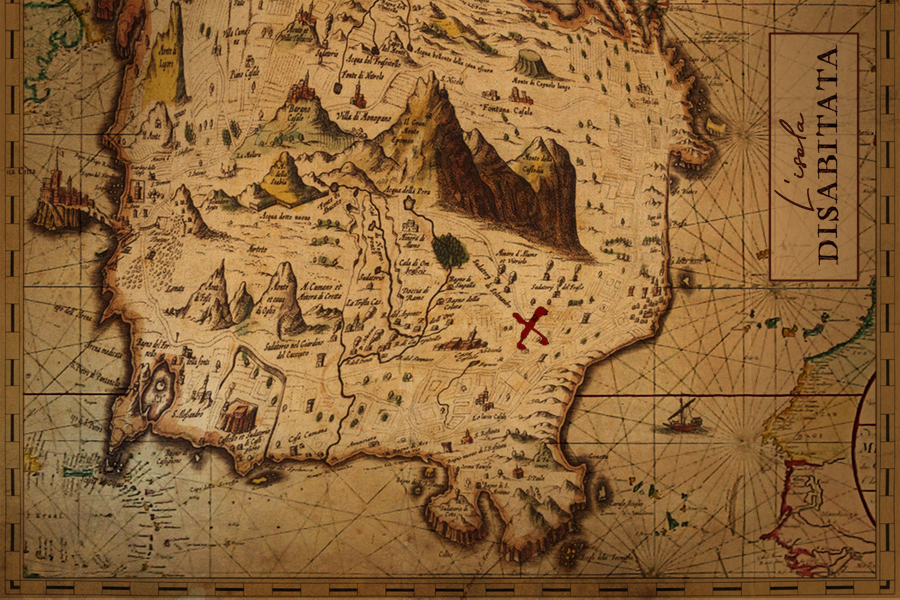 Background
On a desert island in a southern sea there live two sisters – Constanza and Silvia. Thirteen years ago they were aboard a ship to western India, and due to a storm had to come ashore on the island. The sisters were accompanied by Constanza's husband Gernando; Silvia was then still a child. Unfortunately, a pirate ship moored at the island at the same time. As the sisters reposed in a cave, the pirates seized Gernando and took him away with them.

Act I
Constanza is convinced that her husband has abandoned her on the island. She cannot forgive him and for years has mourned her bitter fate. Wishing to end her days, Constanza carves an inscription about her tragic destiny on a stone. Silvia, happy and now grown up, discovers her at this gloomy task. Her only worry is a beloved roe deer. Again, Constanza tells her sister that men are cruel and perfidious traitors. Left alone, Silvia sees a remarkable sight: a ship. She hides in fear. Alighting from the ship are Gernando, who has escaped from the pirates, and his friend Enrico who owes the former his freedom. Gernando no longer has any hope of finding his wife still living, wishing to end his days in the same place as she. For the first time in her life, from her concealment Silvia sees the men and is utterly perplexed.

Act II
Gernando discovers the inscription on the stone. He imagines that Constanza has died, but Enrico turns his attention to the fact that the inscription is incomplete, so the carver may still be alive. Gernando cannot believe this and mourns deeply. The young Silvia speaks to Enrico; she likes the noble young man, and Enrico is enchanted by this delightful girl. Constanza returns to the stone in an effort to continue her labours; Gernando discovers her at this very instant. Shocked senseless, Constanza faints, and her husband rushes off to bring her water. Enrico appears and tells Constanza, now revived, about everything that has happened to Gernando, convincing her of her husband's fidelity. At the same time, Silvia and Gernando return. All four praise the glorious day and depart from the desert island.

Supporting by the Heydar Aliyev Foundation and Maestro Music Azәrbaycan: