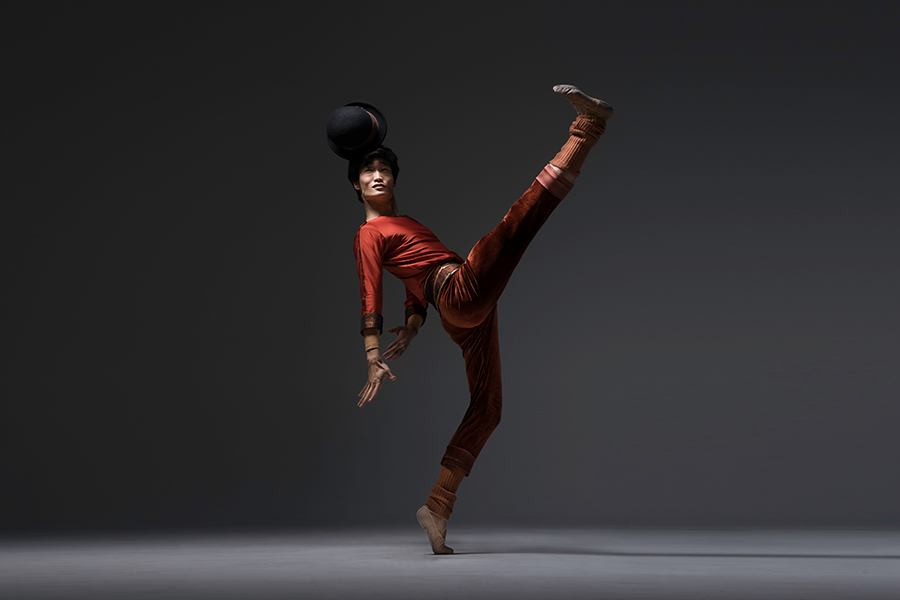 In the middle of 1970s, the American Ballet Theatre commissioned the ballet from Twyla Tharp for its new star, Mikhail Baryshnikov. Baryshnikov, star of classical ballets, wanted to expand his creative horizons and was interested in working with the modern dance choreographer. Tharp, who had no experience of working for grand theatres at the time, was in no hurry to agree to this flattering commission as she first wanted to make sure that the soloist that chose her could push the limits of classical dance routines. Their meeting marked the start of a long-term collaboration, which gave the world several productions and breathtaking moments of convergence between the seemingly far-away worlds of classical and popular music, of classical and modern dance. The duo of Baryshnikov and Tharp won the audiences not by stories or ideas (although somebody heard a hidden reference to the last name of Baryshnikov’s Leningrad teacher – Alexander Pushkin in the title Push Comes to Shove). The magic was born out of the combination of the choreographer’s humour and the performer’s unique blend of impeccable classical dancing skills and a disco dancer’s or Broadway jazz dancer’s swag. Now the Mariinsky Theatre soloists have the chance to challenge themselves and perform the witty choreography, which requires full body control and easiness of going from one style to the next. At the St Petersburg premiere the famous ballet is performing by the Russian company for the first time.
Olga Makarova