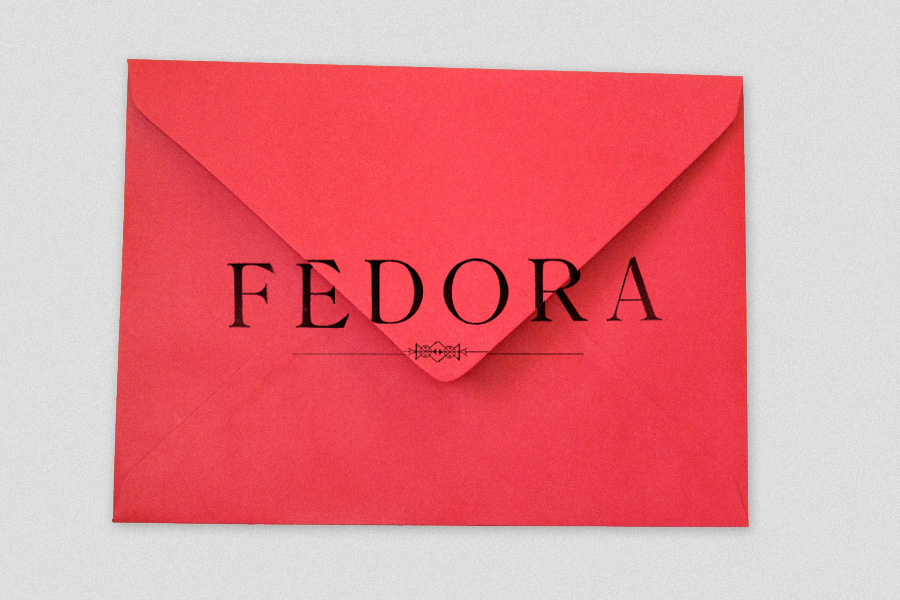 Synopsis
The action takes place in the late 19th century

Act I
St Petersburg, a winter's evening at the home of Count Vladimir Andreyevich Yaryshkin. While awaiting the master, the servants are playing cards and drinking to his health. The count is not expected back before morning, as this is his last night as a "free man": tomorrow he is to marry the wealthy young widow Princess Fedora Romazova. The marriage will save the count from the penury to which he has been driven by women, cards, horses and money-lenders.
Fedora enters in a stunning ball-gown, surprised that her betrothed is not there to greet her. The sleepy servant Dimitri runs to fetch the master, while the adoring Fedora, believing her betrothed to be a focus of all that is virtuous, sees a photograph of the count and passionately kisses it. The princess screams in terror when she sees the wounded Vladimir being carried into the house. Dr Lorek fusses around him. The police inspector Grech suspects he has been attacked and begins to question the witnesses. Fedora is certain that such an irreproachable man as her betrothed could have no enemies. On her crucifix she swears to dedicate her life to seeking vengeance.
The servants bewail their master and in fear answer the inspector's questions. The French embassy's attaché De Siriex also gives evidence; he was the first on the scene of the crime. Tormented, Dimitri tries to recall the name of the man who spoke with the count for a lengthy period before Christmas and who is suspected of the murder: it is Count Ipanov, who lives in the house across the street. Grech runs into the road and everyone else rushes to the windows, trying to see the inspector arresting the criminal. Lorek appears from the bedroom and announces that Vladimir has died.
Coming back, Grach declares that the house opposite is empty and that the murderer has managed to flee. Fedora weeps over the body of her betrothed.

Act II
Paris, a reception in Fedora's house. Countess Olga Sukhareva introduces her guests to the famous Polish pianist Boleslao Lazinski, an heir to Chopin and an emigré of whom she is patroness. Fedora introduces De Siriex to Count Ipanov. She has succeeded in tracing and captivating the count, although she herself has actually fallen in love with him. Dr Borov warns Loris that he must not cross the threshold of the house. But the latter is hopelessly in love with Fedora. Olga flirts with Lazinski and De Siriex. The latter calls her a Cossack and sings a song about a Russian beauty – a true daughter of Eve, and in retaliation the countess performs a French song about a Parisian with no heart and no soul.
While the guests are listening to Lazinski, Fedora and Loris seclude themselves. He admits he is in love, while she extracts a confession of murder. Despondent at her accusations, Loris departs, promising to provide proof of his innocence.
The galop which has only just begun is suddenly interrupted. De Siriex reveals the contents of a dispatch which has just been delivered: in St Petersburg there has been an attempt on the Emperor's life. The guests depart. In the resulting silence, Fedora is plunged into thought. She eventually comes to a decision and writes a denunciation of Loris and his brother Valerian, which Grech must send to the Chief of Police in St Petersburg. Grech hides in the garden to wait for Loris to leave the princess, arrest him and send him to St Petersburg.
Fedora meets the returning Loris with an accusation: today the Emperor has been attacked, like Vladimir before him; it has been a crime of the Nihilists, and Loris is one of their number. The count spurns her reproaches and tells of his wife's treachery. He confirms his tale by showing a letter from Vladimir in which the latter admits his love for the Countess Ipanova. In fury, Fedora tears up the letter. Now she is delighted that the dishonourable adulterer has been punished. Loris, condemned to death by default, laments the sufferings of his mother, separated from her exiled son. Filled with compassion, Fedora calls the count a hero and an avenging saint, and when he makes as if to leave she holds him back. Loris swears his eternal love for her.

Act III
Fedora's villa in the Swiss Alps. Peasant girls are singing in praise of spring and love. Fedora and Loris are happy. On the other hand, Olga, who is disappointed at how life has turned out, finds no happiness in anything, her only enjoyment being racing a bicycle. When Loris, who is waiting for important news from Paris, sets out for the post office De Siriex arrives by bicycle. The ladies invite him to take tea, and in an amusing conversation it transpires that Olga's admirer Lazinski is a secret agent attached to the countess by the police. She faints, but quickly regains her senses and offers to race De Siriex by bicycle, the prize to be presented in the form of kisses.
The diplomat tells Fedora about the cruel revenge of the Chief of Police in St Petersburg concerning her son Vladimir's treatment: one of the Nihilists who was seized on the order of the Chief of Police has died in a cell during a flood, and his mother - unable to cope with the grief - has died. The Nihilist's name was Valerian Ipanov. Fedora is shocked to the core: it is she who has killed them both. Listening to the sad song of a young Savoyard about his beloved who has abandoned him forever, the princess begs God to save her love.
Loris returns, perturbed at the lack of news from his mother and brother. A servant brings him the post. From Dr Borov's telegram the count learns that he has been pardoned. Now he can return home, and Fedora will follow him and be his wife. But the happiness is short-lived. In the same telegram it states that the Chief of Police has received a letter from a Russian lady living in Paris who witnessed Loris admitting to murder and naming him as his brother's co-conspirator; he has died in prison. Borov must leave today to meet Ipanov in order to commence an immediate search for the spy. Loris curses the unknown woman, while Fedora begs for forgiveness and compassion for the woman whose lover he has murdered. But the count responds that he will only forgive the traitor once he has strangled her.
Hearing the noise of an arriving coach, Fedora removes the crucifix from her breast and pours the poison it concealed into a cup. Loris extracts a confession from her and is ready to kill her, but the princess herself chooses how she will die. Coming to his senses, the despairing Loris calls for help. The merry Olga and De Siriex return. At the sounds of the Savoyard's sad song and on at last hearing the words of farewell, Fedora dies.