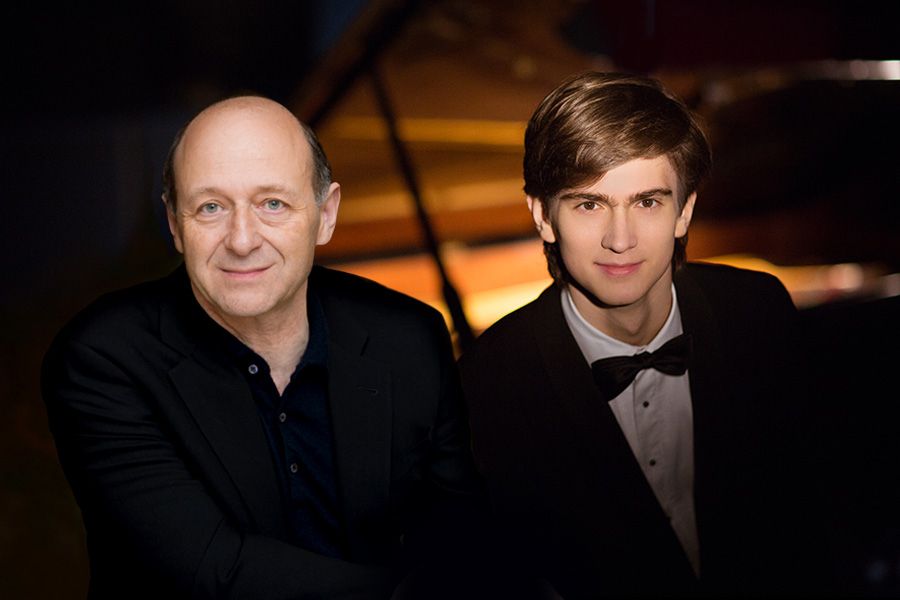 Dvořák was already famous by the time he had written his Eighth Symphony. His music enjoyed great success, he himself appeared as a conductor both in Bohemia and beyond (including in Russia), and he was offered a professorship at the Prague Conservatoire. He composed a great deal; along with the Eighth Symphony came the opera The Jacobin, the Piano Quintet in A Major and the Requiem. Dvořák composed the symphony very quickly – it took him just over two months. If in the preceding Seventh Symphony dramatic moods are uppermost then the music of the Eighth has a lyrical character. Doubtless the composer was inspired by scenes of nature and Czech national melodies.
The interpretation of the form in the first movement is unique. For the first time with the composer the slow introduction plays a significant role – thematically it is developed and independent (this idea was developed in the Ninth Symphony). The theme of the introduction serves as a border between the different sections of the form, appearing both before the dramatic development and – during the culmination – before the reprise. The start of the main role comes with the “birdlike” motif of the flute, while the secondary theme resembles a march adorned in melancholy hues. The second movement is a truly romantic Adagio in which different episodes follow one after another, contrasting in character but united by the initial growing motif of four notes. The place of the typical scherzo in the third movement is surrendered to a melancholy waltz which reminds us of intermezzos from symphonies by Brahms with whom Dvořák had long been friends.
The middle section is constructed on a theme borrowed by Dvořák from his own one-act comic opera The Stubborn Lovers. This is also where the coda comes from, unexpectedly breaking into the flowing movement of the waltz with a two-time dance in the folk style. The finale is heralded by a fanfare signal from the trumpets followed by a theme and variations. This form refers back to Brahms and the finale of his Fourth Symphony, although – unlike the latter – the finale of Dvořák’s symphony is adorned in light and life-affirming tones.
Vladimir Khavrov

Might be the best orchestra in the world.
New York Times

The Budapest Festival Orchestra was formed in 1983 by Iván Fischer and Zoltán Kocsis.
The orchestra’s concerts include Dancing on the Square, one of the orchestra’s priority projects, which is as much about communal creativity, tolerance and equal opportunities as it is about music and dance. The Autism-friendly Cocoa Concerts are another of the orchestra’s major initiatives, providing a safe environment for children living with autism and their families alike.
The orchestra has won two Gramophone Awards, the ‘Oscars of classical music’, and has also been nominated for a Grammy. International concerts and successes aside, the orchestra’s driving mission is to serve our home audience. Music aficionados have over seventy chances to meet the orchestra every season, be it in concert halls or at our rehearsal hall. What is more, the orchestra is making ever more frequent appearances at alternative venues – in nursing homes, abandoned synagogues, hospitals, child care institutions, prisons and schools.