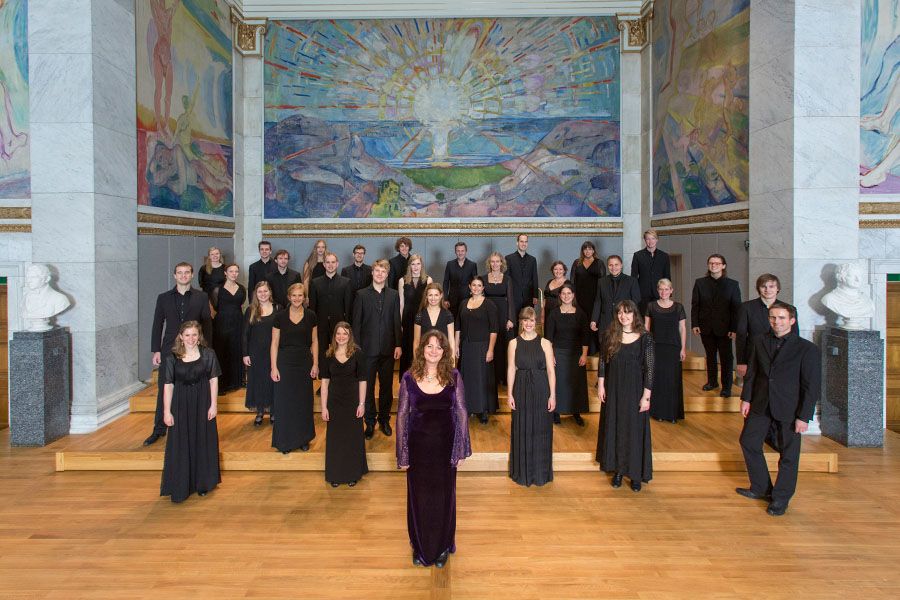 The Sounds of the North

Harald Gullichsen
The Lord Is My Light and My Salvation

The chamber choir Schola Cantorum has built an international reputation and made a trademark of including newly written music in its programmes. Today Schola Cantorum is one of the leading chamber choirs in Norway.
The choir's purpose is to work towards as high an artistic level as possible for an amateur choir. Founder Knut Nystedt (1915-2014) started Schola Cantorum at the music department of the University of Oslo in 1964. Organist, composer and conductor Nystedt studied music in the USA and brought the American choral tradition – which emphasises the importance of new music – back to Oslo. His own music also became a vital element of Schola Cantorum’s repertoire.
Schola Cantorum is still affiliated with the Department of Musicology and the University of Oslo. The choir continues to recruit members from the department of music, as well as from the Norwegian Academy of Music. Tone Bianca Sparre Dahl became conductor in 2002, and has further established the choir’s firm position in Norway’s musical life. Schola Cantorum collaborates regularly with leading musicians and ensembles such as the Norwegian Radio Orchestra, the Staff Band of the Norwegian Armed Forces and the Norwegian Wind Ensemble.
Schola Cantorum has a varied repertoire that includes contemporary music, folk music and collaboration with the metal band Dimmu Borgir. In recent years the choir has visited Italy, France, Spain, the United Kingdom, Ukraine, Germany, Sweden, Finland, South Korea and Denmark.
In the spirit of Knut Nystedt, Tone Bianca Sparre Dahl continues to perform modern music. The record Hymn to the Virgin (2013) contains several works by Norwegian composers, all of whom have carried forward Nystedt’s legacy in their own way. This record was Grammy nominated in the category Best Engineered Album, Classical.
In 2014-2016 Schola Cantorum will commission six new pieces from young Norwegian composers and distribute videos of these on the internet. The project, named Digital dissemination of new Norwegian music, aims to increase interest regarding new Norwegian choral music.