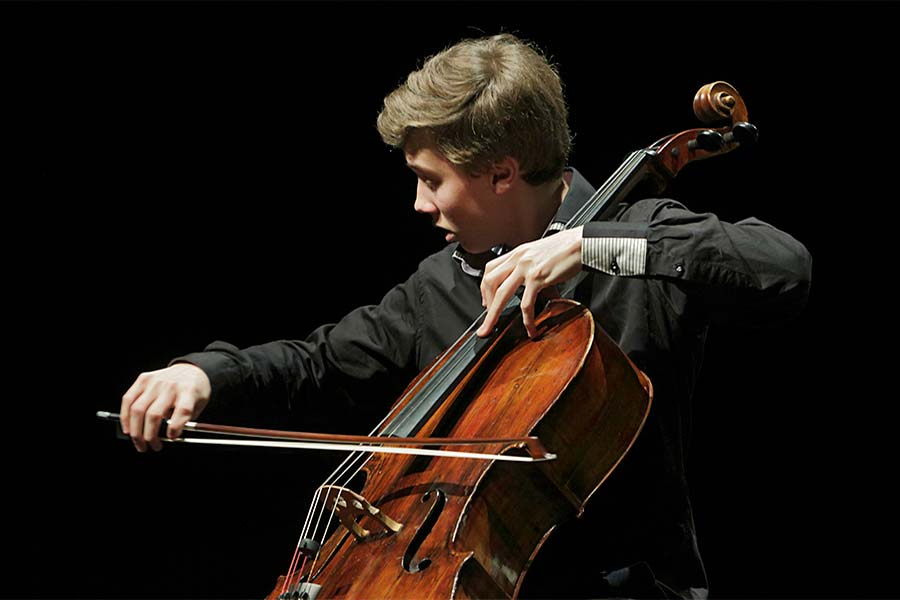 The Sibelius Academy at the Mariinsky

Jan-Paul Roozeman (piano)
Jan-Paul Roozeman (1994) started playing the piano at the Espoo Music Institute. In 2005 he entered the Sibelius Academy Youth Department where he studied with Jussi Siirala. He played his C-level exams in the spring of 2011 with excellent grades while simultaneously studying the clarinet as a minor with Eeva Mäenluoma.
He was accepted as a Master’s Student in 2013 in the class of Professor Erik Werner Tawaststjerna.
Jan-Paul has actively taken part in chamber music courses organised by the Sibelius Academy coached by Paavo Pohjola, Marko Ylönen, Antti Tikkanen and Minna Pensola.
At summer master-classes his teachers have included Konstantin Bogino, Tamara Poddubnaya, Arbo Valdma, Nina Svetlanova and Eteri Andjaparidze. Jan-Paul Roozeman was named “Young Artist of the Year 2009” by the Pro Musica foundation.
In 2010 he won 2nd prize at the international EPTA piano competition in Waterloo, Belgium.
He has performed at several international festivals around the world including the Youth Music Festival in Kaunas (Lithuania, 2010), the Haapsalu International String Festival (Estonia, 2010), the first Youth Music Festival in Nagorno-Karabakh (2010, playing a Mozart concerto with the National Orchestra), the Armenian Rising Star Festival in Yerevan (Armenia, 2010), the International Kuhmo Chamber Music Festival (Finland, 2011), the Arbo Valdma SUVEUNI Festival in Pärnu (Estonia, 2011, playing Beethoven’s Piano Concerto No 1 with the city’s orchestra) and at the Espoo Piano Festival in Finland with his own recitals, as an orchestra soloist and as a chamber musician.
In February 2012 he won 1st prize and the Grand Prix at the Helmi Vesa Piano Competition.
In June 2012 he performed a recital at the Middelburg Music Festival in The Netherlands together with his brother.
In November 2012 he performed at the Oulainen Music Festival together with members of the Meta4 quartet, and in Nijmegen (Netherlands) together with his siblings in a season ticket concert.
In the spring of 2013 Roozeman performed at the Young Soloist Concert of the Finnish Radio Symphony Orchestra in the Helsinki Music Centre, playing Rachmaninoff’s Concerto No. 2.
During the summer of 2013 he performed at the Sysmän Suvisoitto Savonlinna Summer Academy and with the Helsinki Chamber Summer (Finland) and the Delft Chamber Music (The Netherlands) Festivals.
In the spring of 2014 he was awarded the 2nd prize at the International Ilmari Hannikainen competition in Jyväskylä, Finland, performing the Liszt E Flat Major Concerto in the final round.
In the spring of 2014 he performed in Finland, Germany, The Netherlands and Belgium with recitals and chamber music.
Since August 2014 Jan-Paul Roozeman has studied under Naum Grubert at the Conservatorium van Amsterdam.
He was invited to play a recital at the 2015 Espoo Piano Festival. Other projects for the coming year include Gershwin’s Rhapsody in Blue in Brussels.

Jonathan Roozeman (cello)
Born in Helsinki. He studies at the Sibelius Academy under Professor Martti Rousi. In 2012 he won second prize at the IV National Cello Competition in Amsterdam. In 2013 he was awarded a special prize at the V Paulo Cello Competition in Helsinki, and he was one of three finalists at the Prémio Internacional Suggia Competition in Porto (Portugal). He also reached the semi-finals at the III Gaspar Cassadó International Competition in Hachioji (Japan). In 2015 he was a finalist at the International Tchaikovsky Competition.
As a soloist he has performed with orchestras in Finland, Lithuania and Estonia. In 2015 he was chosen by the Finnish Radio Symphony Orchestra to represent Finland at the Nordic Soloist Competition in Bergen (Norway). He plays a cello crafted by David Tecchler in 1707 provided by the Finnish Culture Foundation.
Age category 6+