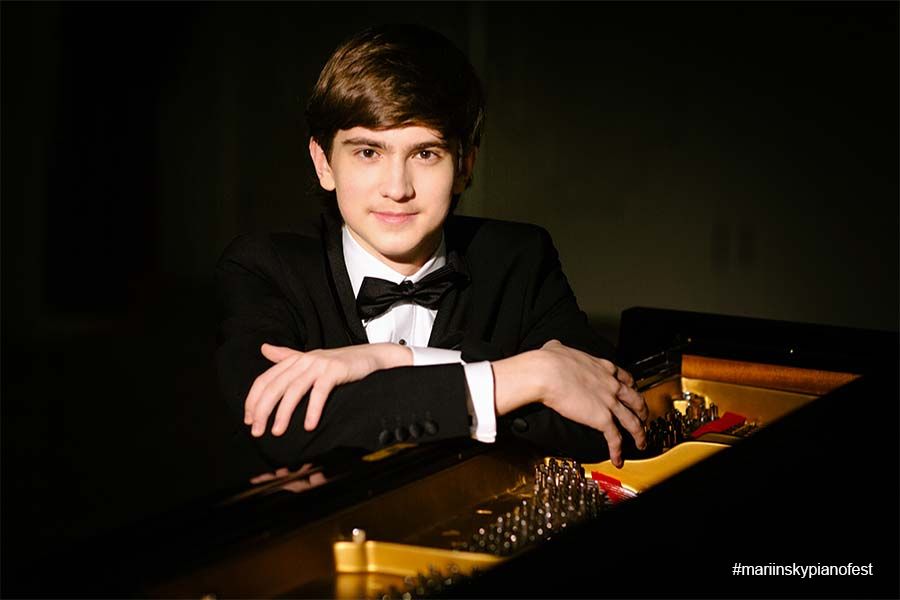 Frédéric Chopin’s Twenty-Four Preludes, Op. 28 appeared in 1838–1839, at the same time as such monumental works as the Second Sonata, ballades, scherzos and études. The composer concluded the cycle of preludes on Majorca, where he had taken Bach’s two-volume Well-Tempered Clavier, which he had known from his childhood years. Chopin responded to Bach’s grandiose idea – to compose a series of preludes and fugues in all extant major and minor tonalities – in terms that were the exact opposite. His works include preludes, very short ones, such as the Prelude in A Major (No 7) which lasts just sixteen bars. And if Bach arranged his preludes and fugues across the chromatic scale, Chopin arranged his preludes according to the circle of fifths, underlining the relationship between the neighbouring tonalities as much as possible. This means that the twenty-four preludes should preferably be performed together and not individually.
The cycle of twenty-four preludes forms a condensed encyclopaedia of Chopin’s style. Here there are brilliant examples of cantilena (for example, Preludes No 4 in E Minor, No 6 in B Minor, No 15 in D Flat Major), there is a piece close to Mendelssohn’s Songs without Words, a chorale and even a funeral march. Almost half are dazzling virtuoso pieces in which the extremely complex piano figurations do not destroy the lightness and elegance inherent in miniature works.
Anna Bulycheva

Chopin’s éttudes are not mere exercises, rather they are stunning concert pieces in which the technical complexities are not self-important. Although they do allow the performer’s mastery to dazzle – after all, the composer himself was an unsurpassed virtuoso! Chopin wrote two series of études (opuses 10 and 25).

Frédéric Chopin composed almost two dozen nocturnes, starting in 1829 as a young man and continuing until his death. By that time, the genre already had a long history. Initially, the nocturnes were called Catholic Church evening services, and in the 18th century they began to be known as orchestral suites that were performed at night time – a kind of serenade. This is what Mozart’s orchestral nocturnes are like.
The genre was rediscovered in 1812 by the Irish musician John Field. He succeeded in transforming the nocturne into drawing room music for the piano – it was at this time that “night scenes” began to gain in popularity in theatres, lit by the moonlight, sometimes idyllic, sometimes gloomy or “gothic”. In turn, Chopin transformed the nocturne into something akin to “songs without words”. In his nocturnes, starting with his very first opuses, he imitates various vocal genres – arias, romances and even chorales. The performer has to be able to sing on the piano. And as the bel canto style was in fashion and Chopin was a fanatical admirer of opera, the melodies of the nocturnes are typically “lit up” with extremely virtuoso ornamental passages.

Chopin’s contemporaries were familiar with poetic ballades and vocal ballades that spoke of fateful events of circumstances preceding them. These ballades were in fashion in the era of Romanticism, but Chopin was the first to call his instrumental works thus. He was very distant from copying the strophic form of vocal ballades, creating instead something concentrated and close in form to the sonata. It is believed that his four ballades for piano were inspired by Adam Mickiewicz’s Świtezianka – the story of a mermaid who ruins a young man. Chopin himself never officially confirmed it, but almost every one of his ballades was composed in the rhythm of a barcarolle, imitating the endless movement of the waves.

The Fantaisie-impromptu is one of Frédéric Chopin’s most popular works today. During the composer’s own lifetime the Fantaisie was never published. It is supposed that Chopin sold exclusive performing rights to the Baroness d’Este, to whom it is also dedicated. It was only in 1855 that Chopin’s friend Julian Fontana published the work together with several waltzes that had previously not been released. The outer sections of the Fantaisie, structured on uninterrupted figuration movement, frame the nocturne-like core, the theme of which subsequently returns in the conciliatory coda.

The  Héroïque Polonaise Op. 53, completed in 1843, was the last in a series of Polonaises by Frédéric Chopin. Only his Polonaise-Fantaisie would follow. The Polonaise in A Flat Major has two unique qualities – the grand and heroic style and the vivid national flavour. There are no traces of the drawing room polonaises of Chopin’s youth, which contained nothing Polish and less that was heroic.
When Chopin was working unhurriedly on his late polonaises (sometimes over a year), Verdi and his compatriots were giving their heroes virtuoso cabalettas in the rhythm of the polonaise without fear or rebuke. Alas, Chopin never wrote a Polish national opera, something his native country had expected of him... If he had done so, the lead character would certainly have been a polonaise aria. But his piano polonaises are no less virtuoso and vast in scale, and they demand no less brilliance from the performer and a truly orchestral sound from the piano.
Anna Bulycheva

Franz Liszt’s Consolations are pieces at an unhurried pace with a cantilena-like melody, close in terms of character to nocturnes. Liszt was inspired to use the unusual title by the poem Une Larme, ou consolation by French romantic poet Alphonse de Lamartine. The third piece (the most popular in the cycle) reminds us of Chopin’s nocturnes and, perhaps, was conceived as a tribute in memory of the composer.

The three piano works with the shared title of Liebesträume were initially conceived by Liszt as three songs accompanied by piano. The third of them was composed to a text by Ferdinand Freiligrath and sings of eternal love (“Love, love, as long as you can...”). The three stanzas, corresponding to three couplets from the song, are separated from one another by virtuoso cadenzas. The piece became widely known in the arrangement for piano.

The Hungarian Rhapsodies is one of Liszt’s “calling cards”. He was famed as a pianist not least because of his effective performance of these virtuoso pieces. In the 20th century the music of Rhapsody No 2 was used in Disney cartoons and became part of popular culture. The rhapsody has two sections – slow and fast, which corresponds with the structure of the Hungarian folk dance the verbunkos. The second rhapsody went on to become a favourite work in the repertoires of many pianists. It was frequently performed by Sergei Rachmaninoff, who wrote an original cadenza for the rhapsody.
The Twelfth Rhapsody is structured on similar lines. Liszt was inspired to compose it by the violin playing of Márk Rózsavölgyi, known as the “father of the czardas”. The theme he composed forms the basis of the entire work.
Vladimir Khavrov