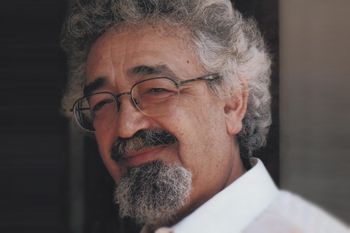 PROGRAMME:
Modest Musorgsky
Songs and Dances of Death (arranged by Viktor Derevyanko for piano and cello)

Sergei Rachmaninoff
Variations on a Theme of Corelli, Op. 42 (arranged by Viktor Derevyanko for piano, violin and cello)

Dmitry Shostakovich
Symphony No 15 in A Major, Op. 141 (arranged by Viktor Derevyanko for piano, violin, cello and fifteen percussion instruments)

Modest Musorgsky’s vocal cycle Songs and Dances of Death (1875–1877) is one of the most unusual incarnations of a subject familiar to world culture since the Middle Ages. Franz Liszt’s acclaimed Danse macabre, too, exerted an influence on the idea for the work, which had come initially from Vladimir Vasilievich Stasov, the composer’s friend and an art critic. Together with the poet Arseny Arkadyevich Golenishchev-Kutuzov, Musorgsky created an original composition from four independent sections unified by a common image. In the Lullaby there is Death the Comforter; but already by the end of the next number, Serenade, the mask of suffering has been torn away and Death’s victorious cry (“You are mine!”) reveals its true face. In the finale, the image of death is placed on a truly universal scale. The composer changed the title The Triumph of Death given by Golenishchev-Kutuzov to The Field-Marshal, creating a musical image of Death on a triumphant, terrifying march. Under the impression of the first performance of The Field-Marshal, Musorgsky wrote to the poet: “Some kind of riveting love, some kind of elusive, deathly love can be heard! It is… death, coldly and passionately in love with death, enjoying death.”
Vladimir Goryachikh

Sergei Rachmaninoff’s Variations on a Theme of Corelli is one of the Russian composer’s late works, a meditation on the theme of time he loved so much, time flowing eternally and destroying everything in its path. The variations were written outside Russia in 1931.
The theme itself is in the genre of the early folia dance and comes not so much from the composer Arcangelo Corelli himself as the entire baroque era – a kind of symbolism of a “golden age” that had vanished forever. In the consciously severe choral arrangement of the theme we already sense fateful relentlessness, while in the melody we hear intonations of the famous sequence Dies irae – a symbol of death. The twenty variations may be split into three groups that form a kind of sonata cycle with a lyrical and bright centre (the fourteenth and fifteenth variations) and a dramatic and stormy finale (from the sixteenth to the twentieth variations), clearly repeating the Dies irae motif with its imitation of the sounds of bell-ringing.
Rachmaninoff himself gave the first performance of Variations on a Theme of Corelli and subsequently performed this work at various concerts on numerous occasions. As a brilliant pianist, in the variations he used almost the entire range of possibilities afforded by the piano, combining his virtuoso technique with subtle genre stylisations and refined colour.
Yegor Kovalevsky

Dmitry Shostakovich’s Fifteenth Symphony, Op. 141, (1971) is, like many of his other symphonies, deeply autobiographical. “I want to write an engaging symphony,” Shostakovich admitted to his pupil and colleague Boris Tishchenko in early 1971. Prior to its being performed for the Union of Composers, Shostakovich called the first Allegretto a “toy shop”. Apropos, this “playfulness” is akin to puppetry, the evil, seamy side of circus life, held above human warmth and cordiality.
In the Allegretto we can hear echoes from early works by Shostakovich, and among his own themes the composer cites a motif from the overture to Guglielmo Tell. However, if with Rossini it is a lively, fervent, full-sounding march of the strings, then with Shostakovich it mechanically resembles one of his brass parody variations (as if from a piece played by a park band). It is not the most evil scherzo, yet neither is it an entirely happy childhood memory.
The second movement, the Adagio, is an epitaph for himself, something frequently met with in Shostakovich’s late works, but this is the most grandiose. In the huge culmination – a blinding tutti in major key – the composer combines his heartache, his “self-mourning”, with national grief. There is a majestic requiem, like a monographic memorial monument on a square.
The silence of the final bars of the Adagio is broken by the droning basses of the Scherzo (Allegretto). But its dance-like nature is deceitful – it is a grotesque, purely evil and foretelling finale. The beat of the percussion and the dance of the skeletons are a reference to the coda in the second movement of the Fourth Symphony. This forms an “arch” from the early seventies back to 1936, the most fateful year in Shostakovich’s life.
This image subsequently appears in the finale (Adagio. Allegretto). In the final movement, which opens with the motif of Fate from Wagner’s Der Ring des Nibelungen, there are many other curious melodic allusions – to themes from romances by Glinka, Beethoven’s Sonata or the famous motif of languor from Tristan... Alongside the BACH and DSCH monogram themes, together with the brief passacaglia that conjures up similar pages from the Seventh and Eighth Symphonies and Lady Macbeth, they almost pick out the “life of a hero” and his spiritual space. One surprising discovery is the little bell and celesta that bring us back to the beginning of the symphony and the “toy shop”. And at the same time to the ostinato rhythm of the passacaglia (pizzicato for strings), the percussion taps out and calls forth the “dance of death”, now sounding clear and conciliatory. The final bell is the same as the first – the circle has been drawn closed!
Iosif Raiskin