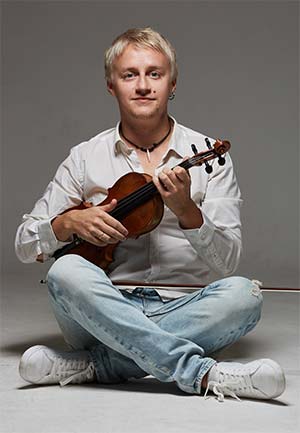 Andrei Prokazin graduated from the St. Petersburg Conservatory in 2012, where he studied under Prof. Antonina Kazarina. Prize-winner of the Maria Yudina International Competition (2nd prize in 2006, 1st prize and Special Prize in 2007). In 2012–2016 he was member of the Milhailovsky string quartet (first violin) that performed in the Grand Hall and Small Hall of the St. Petersburg Philharmonia, State Capella, Jaani Kirik and other concert venues of St. Petersburg.

Since 2014 he has worked with the Mariinsky Orchestra as associate concertmaster of the first violin section. He performed solo violin part in Bach’s Matthäus-Passion. He also plays in the Mariinsky chamber halls.