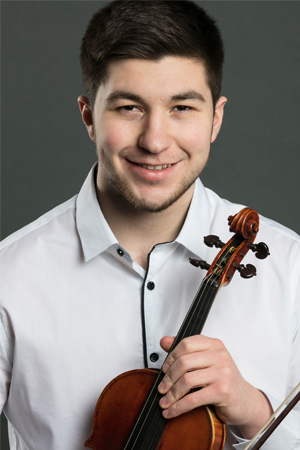 Petr Fedotov was born in Moscow in 1997. He graduated from the Central School of Music of the Moscow Conservatory, violin class of Professor Edouard Grach. He continues to study at the cnservatoire with the same teacher.

He won the Grand Prix at the international youth competitions A Dedication to Sergei Prokofiev held in Moscow (2015) and the Violin of the North in Yakust (2017).

Participant in international festivals of classical and jazz music including Musica Maxima in Croatia. Has appeared at the Great Hall of the Moscow Conservatory and the Svetlanov International House of Music in Moscow.

Since 2018 he has been a participant in programmes of the St Petersburg House of Music.
Information for November 2019