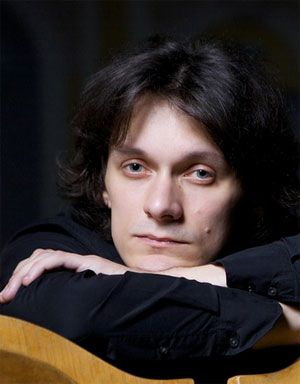 Viola
Sergei Poltavsky is one of the greatest solo violists performing the viola d’amore and an outstanding chamber musician of the younger generation. In 2001 he entered the class of Roman Balashov at the Moscow Conservatoire, Viola Faculty of Yuri Bashmet. In 2003 he was a prize-winner at the International String Musicians’ Competition in Tolyatti. Having graduated with distinction from the conservatoire, in 2006 he became a prize-winner at the Yuri Bashmet Competition.

The musician’s circle of interests is incredibly broad and varied, ranging from baroque music for the viola d’amore to works by Vladimir Martynov, Georgs Pelēcis, Sergei Zagny, Pavel Karmanov, Dmitri Kourliandski and Boris Filanovsky. Poltavsky has worked with ensembles including the Academy of Early Music, Opus Posth and the Ensemble of Contemporary Music. In November 2011 he took part in the Sofia Gubaidulina Festival at which he performed the Russian premiere of the piece Two Paths at the Great Hall of the Moscow Conservatoire.