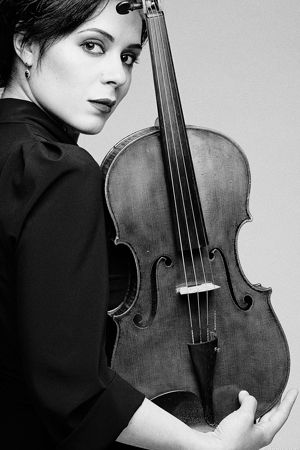 Prize-winner at the Valentino Bucchi International Competition for performers of 20th and 21st century music (Rome, 2011).

Began to study music at the age of seven (violin) before changing to viola (from 2000). In 2004 she graduated with distinction from the St Petersburg Rimsky-Korsakov Music School and in 2010 she graduated from the Universität der Künste Berlin (class of Professor Hans Joachim Greiner). Muratova has worked with such leading German orchestras as the Deutsches Symphonie-Orchester Berlin and the Rundfunk-Sinfonieorchester Berlin. From 2010-2013 the performer was deputy leader of the viola section with the Deutsche Oper in Berlin, while since May 2013 she has worked with the Mariinsky Orchestra.