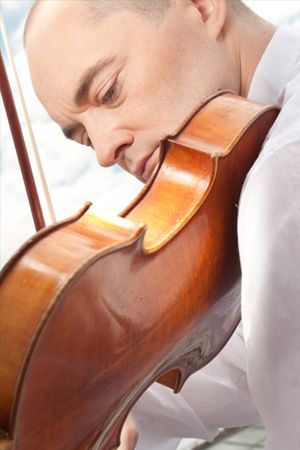 Maxim Novikov was born in Moscow. He began to study the violin at the age of six. In 1989 he entered the School of Music of the Moscow State Tchaikovsky Conservatoire and in 1993 he entered the Conservatoire itself (class of Yuri Bashmet).
While still a student Novikov made a name for himself as a dazzling interpreter in both classical and contemporary works, many of which he premiered. The composers Georgs Pelēcis, Vache Sharafyan, Eduard Airapetian and Pavel Karmanov have dedicated works for viola to Novikov.
The musician has a successful career appearing with chamber ensembles. He has worked with such musicians as Anita Rachvelishvili, Aivars Kalējs, Andy Miles, Andris Veismanis, Yulia Hutoretskaya, Yevgeny Lisitsyn, Ilya Gofman, Tatiana Samuil, Jacob Katsnelson, Boris Andrianov, Elena Revich, Denis Shapovalov, Anna Mailian, Larisa Andreyeva, Aram Talalian, Nikoloz Rachvelli, Kirill Petrenko, Sergei Smbatian, Zhang Guoyong, En Shao and Yan Yan.
Maxim Novikov has a particularly close creative relationship with the musicians of the Khachaturian Trio – Karn Shakhgaldian, Armine Grigorian and Karen Kocharian.
As a soloist Novikov has appeared with the State Youth Orchestra of Armenia, the Charlemagne Orchestra for Europe, the Shenzhen Symphony Orchestra and symphony and chamber orchestras in towns and cities throughout Russia.
The musician has given recitals at the Chamber Hall of the Berlin Philharmonic and the Great Hall of the St Petersburg Philharmonic.
The duo Stanza established by Maxim Novikov and Valentina Borisova won the V International Dulova Festival and Competition (2011).
Maxim Novikov founded the festival Spring Music Academy. The first concerts of the festival proved a great success in 2012 in Latvia. The same year saw the release of Novikov’s CD Vi O La.
The violist performs his own instrument, crafted by Enrico Ceruti.