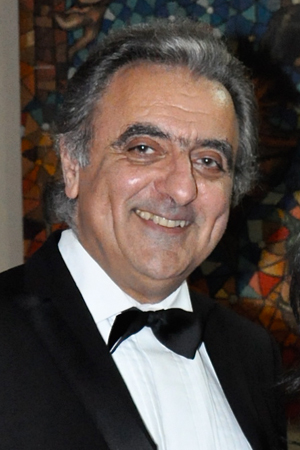 Ramzi Yassa was born in Cairo in 1948 and began to study the piano under the tutelage of his mother. Graduated from the Cairo Conservatoire and the Moscow State Tchaikovsky Conservatoire, where he studied under Sergei Dorensky.

Prize-winner at several international competitions, among them the Paloma O'Shea Santander International Piano Competition (Spain). Has appeared at the Beijing Concert Hall, the Concert Hall of the Forbidden City in Beijing, London's Barbican Hall, Berlin's Philharmonie, Washington's Kennedy Center, the Musikverein in Vienna, the Théâtre des Champs-Élysées in Paris and many other prestigious venues. Has collaborated with the conductors Vladimir Ashkenazy, Charles Groves, Yehudi Menuhin, Zubin Mehta, Leonard Slatkin and Alexander Sladkovsky.

Teaches at the École Normale de Musique de Paris "Alfred Cortot". Has been a jury member of the International Vladimir Horowitz and Arthur Rubinstein Competitions and competitions in Leeds and Santander. Has appeared as a pianist and speaker in a number of UNESCO projects. His discography includes CD and DVD recordings of works by Tchaikovsky, Prokofiev, Chopin and Beethoven.

Artistic Director of the International Music Centre at the Manasterly Palace in Cairo and the Festival International de Musique de Dinard (France). Honorary guest musician of the Shanghai Youth Orchestra and honorary member of the Animato association in Paris. In 2007 he became the first musician who was awarded the Egyptian Merit State Prize. Recipient of the Franz Liszt Centenary Commemorative Medal.

He is performing at the Mariinsky Theatre for the first time.
Information for November 2017