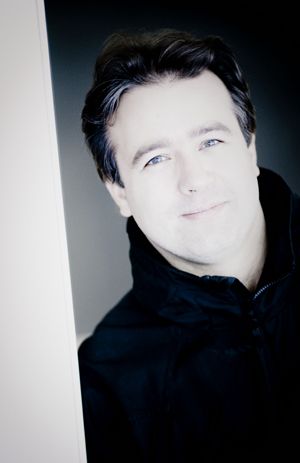 Alexei Volodin was born in 1977 in Leningrad. In 1999 he graduated from the Tchaikovsky Moscow State Conservatory, in 2001 he completed a postgraduate study there (class of Eliso Virsaladze). Subsequently he continued his studies at the International Piano Academy Lake Como (Italy) and gained international recognition following his victory at the Concours Géza Anda in Zurich in 2003.

Volodin regularly appears in recital and has performed in venues such as Wigmore Hall, the Wiener Konzerthaus, Amsterdam’s Concertgebouw, LSO St Luke’s, Barcelona’s Palau de la Música Catalana and the Mariinsky Theatre. He has also appeared in the Philharmonie de Paris, the Grand Hall of  the Moscow Conservatory, the Alte Oper Frankfurt, Munich’s Herkulessaal, the Tonhalle Zürich and Madrid’s Auditorio Nacional de Música.

An active chamber musician, he has a long standing collaboration with the Borodin Quartet with whom he performs regularly. Other chamber partners include Janine Jansen, Julian Rachlin, Mischa Maisky and Sol Gabetta, as well as  the Modigliani Quartet, the Cuarteto Casals and the Cremona Quartet.

Volodin’s latest work with the Mariinsky label was Prokofiev’s Piano Concerto No. 4 (for an album with piano concerti and symphonies by Prokofiev, 2016), conducted by Valery Gergiev. Recording for Challenge Classics, Volodin’s disc of solo Rachmaninoff works was released in 2013. He also recorded a solo album of Schumann, Ravel and Scriabin, and his earlier Chopin disc won a Choc de Classica and was awarded five stars by Diapason.

A regular artist at festivals, Volodin has performed at the Kissinger Sommer festival, festivals in La Roque d’Anthéron, Verbier and Lucerne, the La Folle Journée in Nantes, the Stars of  the White Nights festival in St Petersburg and the Moscow Easter Festival.